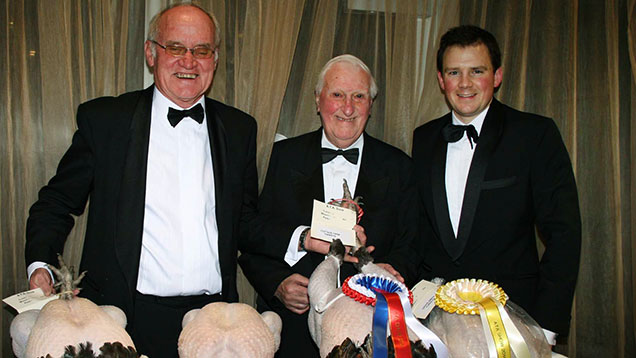 The family business won the trophies for the best hen over 8kg, braces of both white and bronze turkeys, over-ready under 11kg, butcher’s retail presentation and best in show.

Cottage Farm Turkeys was founded by ex-teacher Phil Baxter in 1976.

See also: History of turkey production is triumph of science

What began as a passion for the “good life” has grown into a business rearing day-old poults through to six-week-old growers for farmers countrywide, as well as developing sales of Christmas turkeys.

The company has also built up a substantial retail butchery business at Badgers Mount, Sevenoaks, which sells about 2,500 turkeys for Christmas, and supplies turkey and other meats to more than 400 caterers, pubs and restaurants through the year.

The ATA show was organised for the first time by James Marriage, director of animal feed manufacturers W&H Marriage, taking over from Paul Fields, who held the role for almost 20 years.

The judge was retired Suffolk turkey producer Danny Rowe, who referred to the “absolutely astonishing efforts” made by ATA members to present so many top-quality exhibits.