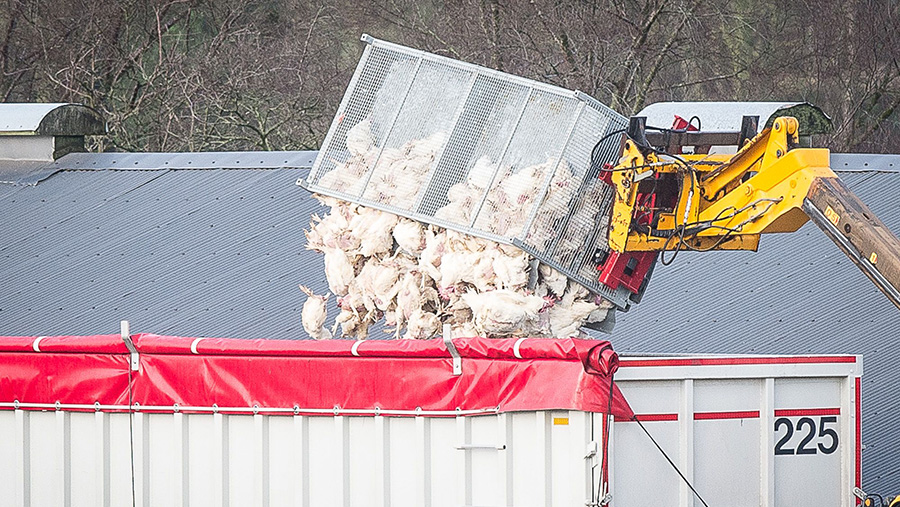 Secondary cleansing and disinfection has now concluded at the Dunfermline broiler breeder farm where a low-pathogenic strain of H5N1 was discovered in January.

Indirect contact with wild birds is considered the most likely source of the outbreak, which was confirmed late on Sunday 10 January.

Dr Gibbens wrote: “No further cases have been identified to 8 April.

“Final cleansing and disinfection of the single affected premises was completed on 8 April. This event is now closed.”

This means that, providing there are no further outbreaks, the UK will regain avian-influenza free status on 7 July Nigel Gibbens, UK chief vet

“This means that, providing there are no further outbreaks, the UK will regain avian-influenza free status on 7 July.”

While this latest outbreak had not particularly hampered national trade of poultrymeat, it stalled negotiations with China over exports of poultry products – a priority issue for Defra.

“But [avian-influenza free status] will allow us to pick up our conversation about exports to China.”

She added that the running total for export losses between November 2014 and February this year was now £87m.