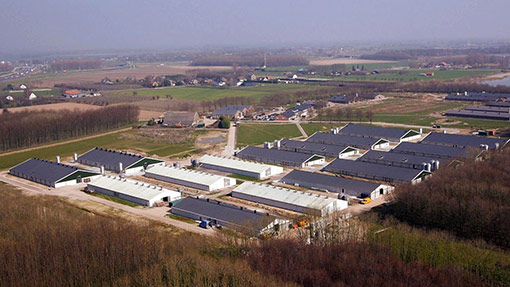 
“Europe remains a key focus for Cobb’s long-term growth, so this investment is part of our overall strategy for the future,” said Cobb president Jerry Moye.


The state-of-the-art pedigree complex has been remodelled along the lines of Cobb’s five other research complexes in the USA.


To reduce its carbon footprint, lake water is used to cool the chicken houses in summer while ground-source heat is used in winter. And to guard against air-borne pathogens, all air entering each house is filtered and positive pressure is maintained.


The Herveld project runs alongside on-going investment in the UK, where €4.5 million (£3.6m) has been spent in rebuilding and re-equipping great grandparent farms.


Cobb has also opened a number of commercial trial farms in the Netherlands over the past year, offering challenging testing environments to supplement the genomics efforts the company is making to generate an increasingly robust bird