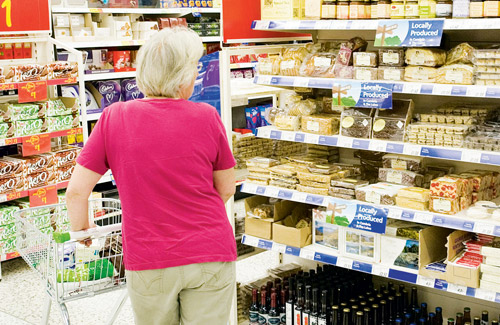 Ask farmers about country-of-origin labelling on food and chances are they’ll be very much in favour. Ask retailers and you’ll get a more mixed answer.

It’s an issue that has been brought sharply into focus since the beginning of the year, when the horsemeat scandal broke following Food Safety Authority of Ireland tests on frozen ready-meals being sold in Tesco and elsewhere. That scandal, still rumbling on, adds fresh impetus to food labelling changes due to happen later this year and beyond.

“We’ve been talking to the European Commission about it over the past few months, and there’s no doubt the horsemeat saga has applied pressure to bring labelling changes forward,” says Rebecca Wells, an NFU adviser based in the union’s Brussels office. “The guidance is due to be published in December; realistically it’s unlikely it will be brought forward earlier than October.”

Country-of-origin labelling is currently mandatory for fresh beef and veal (and beef and veal products), honey, fruit, vegetables, fish and olive oil. The proposed changes include country of origin labelling for meat from pigs, sheep, goats and poultry, and potentially the requirement to list country of origin for milk and meat used as an ingredient.

Under current law there is no general requirement to include the country of origin on a product’s label or packaging, says Philip Davey, partner in the commercial department at law firm Burges Salmon.

“The exceptions to this are where the food is within a specific ‘mandatory category’ or where failing to specify the country of origin would be misleading to the consumer. Aside from these exceptions, country-of-origin labelling is entirely voluntary.”

This makes it possible for many products comprised entirely of ingredients sourced from outside the UK to be marketed to consumers as “British” – since the country in which a product underwent its “last substantial change”, such as the transformation of pork into bacon, ham, sausages or pies, could be said to be its country of origin.

This has long been a source of irritation for UK producers and the NFU recently renewed calls for retailers to “address their sourcing and labelling policies”, with president Peter Kendall describing farmers as “rightly angry” that the integrity of UK-produced food was being compromised by cheaper foreign alternatives.

NFU policy advisor Helen Ferrier says they are keen to see the rules tightened. “At the moment you only have to state country of origin where it would be misleading not to, but we feel it is inherently misleading not to do so – we have to make sure consumers are not being misled. Better labelling with more detail puts the onus on the big retailers, who have more to lose, to be more stringent about sourcing.

“It might not have stopped the criminal activity that led to the horsemeat scandal, but country-of-origin labelling makes things such as commingling more transparent. It also puts the responsibility on the retailer to be accurate.”

The British Retail Consortium believes, however, that its food members already have “an excellent record” on country-of-origin labelling.

When will we see these changes?

The EU is due to publish the results of its consultation by 13 December. This report will state any additional products to be included in the mandatory category. It will also confirm the exact labelling information required for products in this category, which could include the places of birth, rearing and slaughter of the animal from which the meat is derived.

DEFRA finished its consultation on the form of the new regulations at the end of January and has not yet released the details. A spokesman says, since the identification of horsemeat in beef products, they have been “pressing for the European Commission to publish findings sooner than they had originally planned”, but no changes have been made to the legislative timetable.

Are the changes seen as a good thing?

A country-of-origin labelling report commissioned by the Food Standards Agency in 2010 found that only about half of the population looks at food labels when shopping; of those buying a product for the first time, just 11% look for country of origin. When asked, however, consumers did feel country-of-origin labelling was beneficial and wanted to see it displayed prominently, believing it was a strong indicator of the quality and safety of food.

This doesn’t always play into the “buy British” mentality. “There is already a lot of imported meat in the market and its country of origin is clearly labelled to inform customers and give them choice on what they buy,” says Ms Murphy.

“We have not had evidence of a negative response from consumers – in many cases meat from other countries is well-regarded as high quality, for example beef from Argentina or Brazil.”

Whether this level of regard remains constant in the aftermath of the horsemeat scandal remains to be seen. A Which? survey from March this year showed consumer trust in the food industry has dropped by 24% since the horsemeat scandal broke, but even prior to that, a YouGov study from August 2012 found 40% thought supermarkets should make more of an effort to sell more foods produced within the UK.

Even as far back as June 2006, a government study revealed that 47% of consumers wanted country-of-origin labelling to show all countries in the chain of production, with a further 28% stating that it should indicate the origin of raw ingredients. Only 7% were content with the origin as the place of last substantial change.

Elsa Fairbanks, director of the UK Food and Drink Exporters Association (UKFDEA), says its members are positive about the proposed changes.

“Most members make an asset of their provenance anyway, so they see nothing to fear in the changes. The only ones that might have an issue are the bigger commodity dealers,” said Ms Fairbanks.

The NFU also welcomes the changes, saying its members have long been keen to see country-of-origin labelling, and the union has been pushing for a UK position that includes the requirement for where the meat has been born, reared and slaughtered on the packaging.

“There are member states reluctant to see more detailed labelling, so it’s not clear how far the changes will go. The UK government could, however, introduce national measures where it can be proved they are required to protect consumers, prevent fraud and protect public health,” says Ms Ferrier.

The BRC wouldn’t be drawn on what changes, if any, its members would make in terms of sourcing while the proposals are still under discussion, but Ms Murphy said the effect of the proposed changes would “depend on how little or much the new proposal differs from these principles, either in content or scope of products”.

The Food and Drink Federation was also coy about sourcing changes, but Barbara Gallani, FDF director of food safety, science and health, points out that the food industry, retailers and food service representatives developed voluntary principles two years ago to improve the level and clarity of country-of-origin labelling for unprocessed and lightly processed meat, as well as some dairy products.

An assessment on the effect on costs is currently being drawn up in the EU as part of the proposals. Relabelling is part of the costs of the proposed changes; a 2010 study commissioned by Defra found they vary widely, from £1,800-6,500 per stockkeeping unit, depending on the size of the business, printing techniques, packaging material and the complexity of the label change.

Even the most wide-ranging of country-of-origin labelling requirements will not guarantee better sales, though. The FSA study found that price remained the most important variable and any premium people were prepared to pay was “modest”.

“Our local butcher has seen a 25% increase in footfall since the horsemeat scandal, which has encouraged customers back to our high streets. Country-of-origin labelling is going to give UK retailers a real opportunity to shout about their products and, if used in the right way, could make a real difference to UK producers,” believes independent food marketing expert Vhari Russell, but adds that it will need retailers to “articulate to the customer the difference between home-grown meat and imports”.

“A percentage of consumers will revert back to their previous shopping habits, however. It will be up to EBLEX, farmers, retailers and butchers to grow and develop relationships with their new customers to ensure they stay shopping with them.”