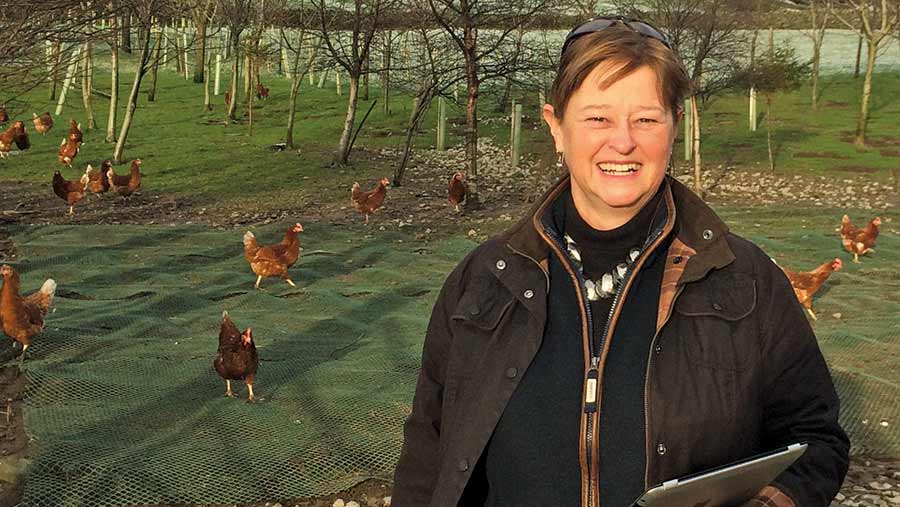 Broiler producers are frequently commended for their data collection and for the fact they use this information to monitor flock performance carefully and respond to changes as and when they happen.

But egg producers are sometimes criticised for the exact opposite, with too little attention paid to data analysis, let alone benchmarking across different flocks.

That is not entirely fair, and of course on both sides of the poultry sector there are examples of good and bad practice when it comes to data handling.

Others may also have their own Excel spreadsheets – or some other off-the shelf accountancy package – to monitor cashflow and do their own margin calculations.

Some of the big packers also have their own bespoke IT systems to help their producers keep track of things and even “share and compare” with other producers in their group.

But there are still large numbers of egg farmers who are operating, if not in the dark, then certainly in the gloaming, and that is something that Cumbria-based Anne Fleck of independent software company Eggbase is seeking to change.

It is nine years since she launched her first product, eggbasePacker – a computer management system for egg packers that automatically captures data from grading machines to manage things such as grading results, farm billing, traceability, legislative compliance and financial analysis.

Over that time, growth has been steady: she now has 10 packers in the UK and Ireland using the software, including Chippindale Foods, Anglia Free Range Eggs, Blackdown Hills, Greenfield Foods and Ready Egg Products.

And three years ago she launched eggbaseProducer for use at farm level. There are now more than 100 enriched colony, free-range and organic chicken and duck flocks on the system.

Most of the big packers have their own data monitoring systems – both for factory use and for on-farm use.

Noble Foods, for example, offers a package based on a two-way flow of information on flock performance.

A new system is also being developed that will allow for even more detailed flock analysis and for comparisons to be made with other Noble producers.

“Managing data is crucial to success in any business, and farming is no different,” says Noble Foods agriculture director Tom Willings.

“If you can measure and record detailed input and output statistics reliably, you can create trend information and compare against benchmarks in the wider community.

“You can also assess the performance of your own operation more objectively. Technology will play an increasingly important role in our working lives, and we are striving to develop a system that is as user-friendly as possible, while delivering good value for the producer.”

“The system is a secure, cloud-based application, accessible on any device, to help producers, rearers and breeders make business decisions,” says Mrs Fleck.

“It can be used to monitor flock performance, and to benchmark across other flocks – either your own or those within a group to whom you give permission.”

For example, data on egg production, bird weights, environmental conditions, feed and water intake can all be entered – either daily or weekly – and compared with breed standards. Changes in any of these key performance indicators are flagged up to provide an early warning of a possible flock health issue.

Historical flock data builds up over time, so inter-flock comparisons are possible – and encouraged – with data presented graphically as well as in reports.

It also calculates financial performance and flock margins. For example, producers could monitor egg price over feed cost, or total sales over pullet and feed costs, or even perform a full net margin analysis.

“Because it is a cloud-based solution, data can be shared with packers, vets, feed suppliers and inspectors, when appropriate, either visually or by supplying them with their own login.”

One of the biggest advantages, however, is in monitoring grading results from the packer. Producers can see their Class A egg sizes, how many were graded as seconds and the average graded egg weight.

This important information can take up to a month to reach the farmer from the packer under conventional circumstances, as grading results arrive with payment in arrears.

However, any packer using compatible software can automatically send grading results directly into eggbaseProducer farmers within a couple of days of grading, to allow for closer monitoring of egg size and seconds.

Until recently, this was possible only if the packer was using the eggbasePacker software, but this is no longer a prerequisite as eggbaseProducer has become compatible with other systems, including Stonegate’s in-house data management system.

And while data is currently inputted manually by the farmer on a tablet or laptop, Mrs Fleck is looking at interfacing with in-house control systems. The system will also be available for broiler growers from the second quarter of this year.

Organic egg producer Richard Barton has been using eggbaseProducer for the past 18 months to help run his East Sussex-based Grassington Rangers business.

The company was established in the early 1980s and now covers three farms, 14 sheds and 78,000 hens. Richard looks after Grassington Farm at North Chailey, with the other two farms run by his brother, Andy, and sister, Susie.

The eggs are sold to Noble Foods.

“The reason we opted for Eggbase was quite simple,” Mr Barton recalls.

“We used to use the old Flockdata system, but then the man who ran it retired and there was no one to support the package. We had seen Eggbase at the Bfrepa conference three years ago and were happy to give it a go.”

The cloud-based system is quite intuitive and easy to work with, he says, with the basic data inputted manually.

“We keep record sheets in each of our sheds anyway, recording every day a whole host of things – from bird mortality and egg output, to temperature, light hours and water consumption.”

So the information is already there – it just needs transferring to eggbaseProducer, which Mr Barton does on a weekly basis (although it could be done daily).

“The main things we enter are mortality, egg production and quality, and feed consumption, to give us a good picture of flock performance. This can then be viewed graphically to compare each flock with breed standard.”

“We also input feed purchases and grading results – detailing the numbers of eggs in each size category and the overall value of each collection – which enables the system to show the financial performance.”

In real time, it will calculate cumulative income, feed cost and bird value (adjusted for depreciation), to give a “margin over pullet and feed” on a per-bird, per-dozen eggs and per-flock basis.

“This means we know exactly where we are at any one point in time, and can compare those flocks that are doing well – both physically and financially – and those that are struggling.”

The system can account for all variable costs and it builds up a historical picture of flock performance, so each shed can be compared with the long-term average.

Mr Barton also confirms that eggbaseProducer comes in handy for audits – be it a Lion Code audit, organic certification, or packer/supermarket visits.

“All these inspectors will want to know things like bird numbers, mortality, medication use, bird performance, etc, and now we have it at our fingertips.

“It is also great for the day-to-day management of the farms, as we can see quickly which flocks are performing, which are not and where the problems might be.”

He is also complimentary about the support he has received – especially in the early days, when trying to transfer from the old Flockdata system.

And while there is a joining fee of about £400 for set-up and training and a monthly service charge of £40 to maintain access and for all support, he feels that is money well spent.

Stephen Tulip, who won the Farmers Weekly Poultry Farmer of the Year award in 2013, uses farm management software at his Lintz Hall Farm, near New­castle.

Mr Tulip initially opted for eggbaseProducer to support his egg producing/packing business and says his main motivation was compliance, to help him keep on top of things such as salmonella testing, environmental permitting, RSPCA auditing and Lion Code auditing.

He also cites record keeping and profitability as driving forces – as having proper costings helps him understand the bottom line better.

Mr Tulip has also invested in eggbasePacker for the Lintz Hall operation. “The two systems integrate well and, if used to their full potential, are very good,” he says.