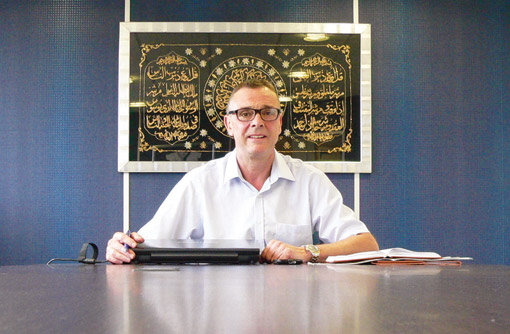 As one of the largest players in the so-called “independent sector”, Gafoor Pure Halal in Preston, Lancashire, is on the recruitment trail.

The company, which processes its halal-certified poultrymeat in a plant 10 minutes from the centre of town, says it has expanded throughput sevenfold over the last eight years, and is now looking to take on more farmers.

Much of this growth has been overseen by business development executive David Broxton, who was brought in five years ago to drive efficiencies in the processing operation. Having managed some of the sector’s biggest facilities over his 40-year poultry career, he now advises the two joint managing directors, Tahir Vaza and Max Patel, both sons of the business’s founders.

Over the period Gafoor has gone from 350,000 birds a week to around 500,000 today, and is now considering double shifts to allow production to increase even further. To do this, the company wants to grow its current base of 45 farmers; Mr Vaza says he is confident the capacity is there to do so.

Farmers operate independently under a Gafoor agreement; they are responsible for purchasing their own feed and can source their own chicks – even the breed of bird – typically on a two-crop contract.

The processor also requires a greater range of weights and this means sheds can hold more birds before hitting the 39kg/sq m density limit, compared with standard integrators. There’s a first thin at 30 days at 1.5kg, followed by a second at 40, with cockerels kept on to 49 days at 3.6kg.

Gafoor’s chickenmeat has a diverse range of outlets, a result of trading from the same base for 50 years and developing long-term relationships within a rapidly growing Asian community.

It has also developed a wide product portfolio, ranging from frozen whole birds and chicken pieces, to chicken burgers, dippers and nuggets.

Handling this expansion has meant driving efficiency in the firm’s operations. “Everything with me is numbers and precision,” says Mr Broxton.

This has included investing in automated cutting lines, where once the process was done manually, and bringing a “just in-time” approach to the process of delivering and cutting the birds.

Another example has been the introduction of a “recoverably stunned” chicken, which is subject to a low-voltage electric shock (see panel right). This line has been developed for supermarkets and meets with Red Tractor approval.

Gafoor’s move into retail has been a key part of its development in recent years.

From supplying manufacturers, wholesalers and second- and third-tier retailers, the company has now added Tesco to its customer base, with a few lines of frozen halal chicken introduced earlier this year, and more to follow in the autumn. There is also interest from blue chip food manufacturers, according to Mr Vaza.

“It’s very clear that people are looking for alternatives in the supply chain that are British and are Red Tractor approved,” he says.

In 2012 Gafoor gained Red Tractor certification, and around 60% of its farms, supplying 80% of its poultrymeat, are accredited.

Another recent achievement is securing grade-A status from the British Retail Consortium.

Gafoor has diversified from its traditional offering of HMC poultry (Halal Monitoring Committee). This is the strictest slaughter method available, and involves an inspector overseeing the hand-slaughter of birds on the killing line, and a verbal blessing said for each one. There is no stunning.

However, for meat to be Red Tractor certified, the minimum requirement is a recoverable stun. So the slaughter lines can now accommodate both; the certified HMC chicken or a Red Tractor bird that is recoverably stunned, verbally blessed and hand slaughtered – still considered halal.

David Charlesworth has four clear span houses supplying Gafoor. On the eight-week cycle that the company employs, he grows cockerels up to 49 days.

He is able to stock at 22 birds sq/m – more than a conventional growing cycle – because Gafoor needs a wider range of weights for its different customers, so will complete anything up to four flock thins.

Mr Charlesworth has been in broiler production since 1998, and for the first 12 years he grew for an integrator, moving over to Gafoor when it had a recruitment drive three years ago.

He says that the reason was to escape the pressure that supermarkets could wield over suppliers, independence from prescribed feed and chick purchasing, and that, as a private company, big decisions can be made quickly.

He also points out the firm’s trading relationship with logistics company Cullingworth’s, which ensures chick-placing levels remain static even in the event of surpluses or shortages in the market.