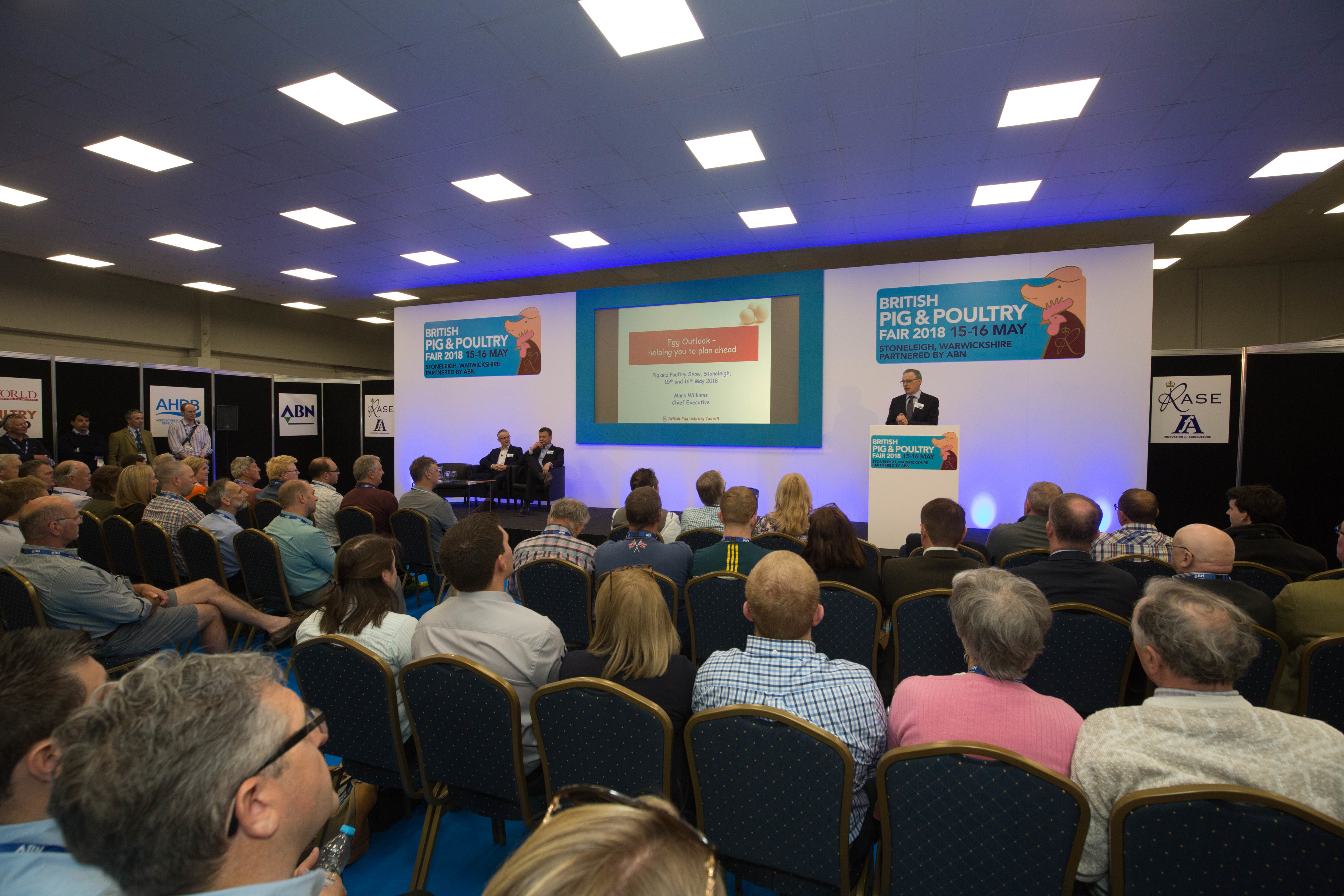 In a confidence survey taken ahead of the British Pig & Poultry Fair, just 56% of egg farmers said they were either fairly or very positive about their business prospects, compared with 68% of pig and 83% of broiler producers respectively.

But the forum outlook session that was informed by that survey cast a more positive tone, with the British Egg Industry Council’s Mark Williams saying the egg industry was “in a really good place”.

He cited growth in domestic consumption, no outbreaks of avian influenza and continued value growth as reasons to be cheerful.

“We’re still catching up with Europe in terms of consumption, and are quite self-sufficient when compared with other sectors of agriculture,” Mr Williams told the forum. Avian influenza has not hit northern Europe this year, and secondary cleansing and disinfection protocols have become more simple to execute.

In addition, volume sales of eggs at retail was up 6% last year, with value not far behind at 4%, he said.

Supporting those strong sales is a rapidly expanding farming sector, with the UK flock now above 40 million laying hens – expanding by two million in the past two years alone.

While Mr Williams cautioned against oversupply, he suggested there could be an opportunity for further expansion, with some 14% of eggs used in the UK imported, and retailers committed to cage free eggs by 2025.

But the route to going cage free is still not clear, he explained. “This 2025 deadline is a market-led ban, it may come in earlier, it may get delayed – I doubt that will happen because of NGO pressure. The key thing is that we produce the eggs, and not allow another country to do it.”

Richard Pearson, Chippindale Foods’ head of agriculture added: “The egg sector is on a role – free range has a good image but as an industry we have to protect that.

“Welfare groups have been emboldened by recent successes, and as an industry we are only as strong as our weakest link.”