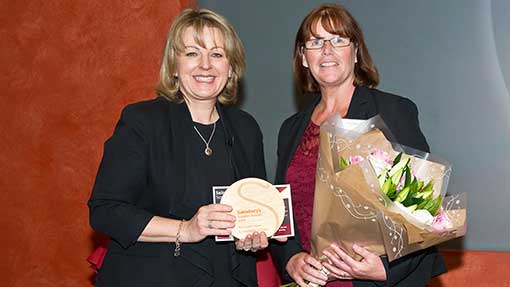 The Lakes first began supplying local Sainsbury’s stores in Cumbria with their Lakes brand in December 2012. They became a key free-range and organic egg supplier across the Sainsbury’s portfolio in the run up to Christmas 2013.

“Our ethos of excellence in animal welfare and environmental provenance fits well with Sainsbury’s 20×20 Sustainability Plan,” said chief executive David Brass. “They source with integrity and we work with local family farms that have small flocks on enriched ranges.”

Managing director Daniel Fairburn said: “To be given the best new supplier award by Sainbsbury’s is an honour and a very welcome surprise for our team. Our attention to detail and drive for quality is recognised by the award.”

Both The Lakes and LJ Fairburn sit on Sainsbury’s Egg Development Steering Group.