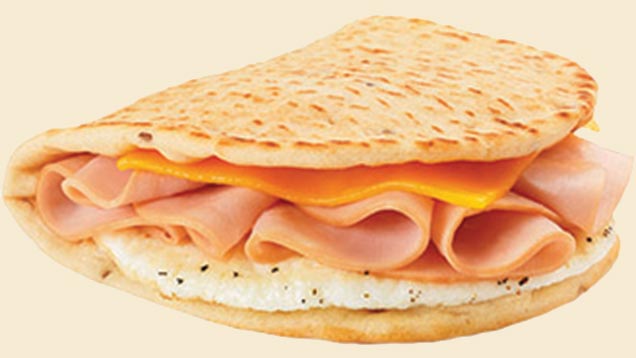 Thinking outside the box is central to reverse the decline in UK egg processing. Poultry World digests the findings of a new Nuffield study.

The UK egg processing sector is in danger of further contraction, unless it can step up its level of innovation and learn from success stories in other parts of the world.

Those are among the findings of a new Nuffield Scholarship investigation into the effects of globalisation on the egg processing industry by Sara Gibbins, recently appointed divisional director for Nobel Egg Innovations.

“Over the past 20 years there have been many dynamic changes in the UK egg processing industry, not only changing customers’ needs, but market dynamics, technological advances and EU Directives,” says Ms Gibbins.

“As a result, markets have become more competitive and European competitors have got stronger. Understandably we have therefore seen the number of egg processors in the UK reduce dramatically.

“As an industry, we also witness global trends which quickly change, and if this continues, the UK egg processing sector will be in further decline.”

“Most of this (decline in production) is due to imports going direct to food manufacturers and food service sectors, instead of coming via British egg processors,” says the report. “The UK seems to be lacking focus on the potential growth of the egg processing industry.”

Food manufacturers say that egg products are cheaper from abroad, it notes, which is hardly surprising given that the cost of producing cage egg in the UK is put at $1.17/doz, compared with less than $1/doz in Spain, Italy, Denmark, the Netherlands and Belgium.

Furthermore, some of the best technology in egg processing is found in mainland Europe, which makes the process more efficient and competitive.

The study delves a little deeper into the dynamics of globalisation – both the threats and opportunities. “My concern for the UK egg industry is that globalisation means more and more imports could be heading into the UK markets,” says Ms Gibbins in her report.

This is both a function of price, and that innovation is “worlds ahead in overseas countries and technology far more advanced”.

The report also points to the low margins available, which limit the attractiveness of joining the egg processing industry, while in the EU, welfare legislation, food safety considerations and environmental rules have undermined competitiveness against the rest of the world.

It is only thanks to import tariffs that the EU can stay competitive against imports of processed egg – especially in powder form – and these tariffs could well come down as a result of bilateral or multilateral trade negotiations.

“Egg powder will always be the main competitor of egg or egg products into the EU due to the fact it is more suited to travelling long distances and there is no decrease in product quality after months of storage.”

Despite the challenges, globalisation also offers the prospect of wider markets. For example, Ms Gibbins visited the Gulfood Exhibition in Dubai as part of her Nuffield study tour, where there were more than 4,200 exhibitors and over 77,000 buyers.

“I was amazed to see so many egg companies showing at the Gulfood show, and fascinated to hear the opportunities that the UK could also have to export egg products to the Middle East,” she says. “Most imports of egg products are from Europe or the USA, and there is a definite lean towards supply from Europe due to control over food safety and animal welfare.”

The report also focuses on the diversity of new products and markets to be found abroad.

“The USA is the natural home of new product development,” says the report.

For example, the quick service breakfast market has seen 45% growth since 2007, with one in 10 US consumers now eating breakfast away from home. McDonald’s breakfasts account for 25% of all its trade and it has recently launched the “Egg White Delight” – a yolk-free fried egg in a bun. Dunkin Donuts now has a breakfast menu with egg white flatbread.

The report’s conclusions and recommendations include

Another example is egg white crisps from Intelligent Protein Snacks, which contain protein, but half the fat of regular crisps.

Egg white is also taking off in Europe. “Albumen prices are rising and at times are valued at the same price as whole egg.”

There are further opportunities for egg processors as a result of technological innovation.

“Protein modification and enzymes enhance the functionality of egg products and their performance in food manufacturing recipes,” says the report. “They also allow the egg to become more stable and predictable, giving confidence in the performance of the egg in any given recipe.”

For example, using enzymes can create better yolk for emulsified sauces and mayonnaise, resulting in a firmer, creamier end product. And by treating egg white with enzymes, it is possible to increase gelation temperature, opening the door to liquid pasteurisation.

To capture the full benefit of these opportunities, the egg processing sector needs to improve its performance in terms of communication.

A key part of this is having the right person deliver the message, says the report. Social media also has an important role to play.

“It’s also important to keep on top of changing trends and developments in global markets, in order to stay ahead and be proactive to protect our industry, our businesses and indeed ourselves.”

“It’s vital that we concentrate on innovation, adding value and – most importantly – communication. As an industry we must focus on the customer and their needs.

“It’s also vitally important to take the time to step back from the egg processing industry and look at how other industries away from the food industry can benefit from egg products.”

*This Nuffield study was generously sponsored by The British Egg Marketing Board Research & Education Trust. It was presented at the Nuffield annual conference in November.

Around a quarter of all eggs produced within the EU are processed. The sector is growing internationally, both in volume and product variety, though consolidation has limited the number of companies involved.

One of the main differences between UK and EU processors is the increasing focus in Europe on the catering and food service industry. Added value products include cooked and peeled eggs, French and Spanish omelettes, scrambled egg mixes, custard and sports drinks.

While the EU is generally self-sufficient in product for egg processing, this is largely due to the protection afforded by import tariffs.

Sara has been in the egg processing industry for over 12 years.  After a career as a sales representative she went on to become the director of Stonegate Food Ingredients until it was taken over by Manton in 2008. Sara stayed at Manton as chairman until April 2012 when she stepped down to pursue other opportunities, including her Nuffield Scholarship. Today she’s the divisional director of Noble Egg Innovations.