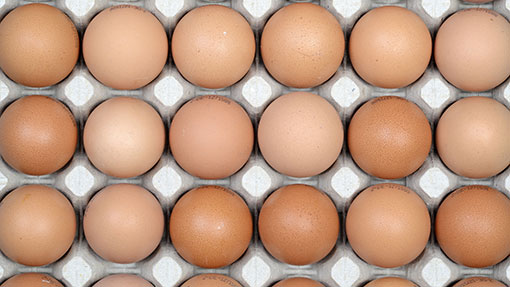 Yorkshire’s Chippendale raised its price by 2p/doz across all sizes in October, “to reflect the better tone to the market for our producers,” according to the company’s operations director Peter Chignell.

“Given the bird numbers on the ground, we would expect the market to at least be balanced, if not in surplus, but it’s actually very tight and we’re not entirely sure why.”

Friday’s operations manager Martin Flegg, who confirmed a recent 3p/doz increase in its producer price having cut prices by 4p/doz in August, also said he was “mystified”. “All the signs were that prices should have fallen, with high chick placings and supermarket pressure. But it’s still a tight market.”

“Given the bird numbers on the ground, we would expect the market to at least be balanced, if not in surplus, but it’s actually very tight and we’re not entirely sure why.”
Peter Chignell, Chippendale

A range of reasons have been mooted. There is little doubt that supermarket promotions, with free-range routinely offered at £1/doz, have boosted demand.

Others point to a contraction in the laying flock in mainland Europe which has cut imports, while some suggest there is more free-range now going into egg processing.

Tom Willings, farms director at Noble Foods, confirmed the UK’s largest packer was sending more eggs for breaking, and overall it was a growth area. “But it is not a materially significant volume.”

“The market strength is a surprise,” he added. “With a laying flock of 36 million, which is some three million above where many people say we should be, we’re supposed to be in surplus.”

Free range remained in growth at retail, he added – up 5% year on year. “But it’s all volume growth, not value growth, so we question how long it can be sustained.”

BFREPA policy director Robert Gooch said he hoped the markets was now “set fair for Christmas”. “But we’re worried about what will happen post-Christmas. Our data suggests hen numbers will continue to grow into early 2015, which may create surpluses.”

BFREPA costing suggest producers are now making about £5.20/bird margin after all costs except finance, compared with £3.40/bird in July.