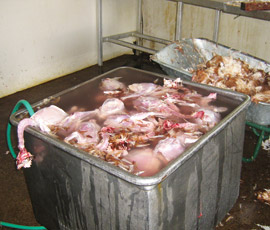 A farmer, who operated an illegal slaughterhouse killing more than 130,000 chickens a year in “appalling conditions”, has been fined £62,000.

At the hearing he pleaded guilty to two charges of failing to comply with hygiene legislation. One charge related to operating a slaughterhouse without a correct layout and the other related to failing to implement a food safety management system. 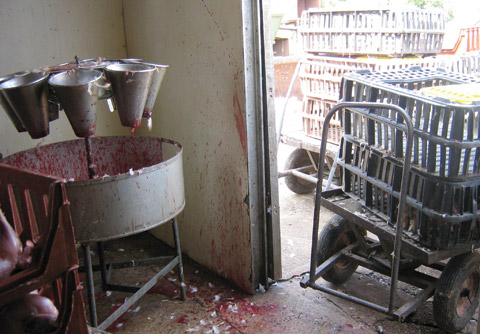 The court heard that Skerry operated the slaughterhouse from 4 April 2008 to 26 May 2010, and during this time it is estimated that 10,000 birds were being slaughtered by individuals who visited the farm each month.

Sentencing the judge said the seriousness of the offences was reflected in the financial fine.

Speaking after the hearing Rita McGinlay, of Dacorum Borough Council, said: “This case sends out a strong message that we will exercise our enforcement powers when food safety is being compromised.”

Mr Skerry has been order to pay the fine within 18 months. If he fails to do this he will face prison.

• For full details on this story see July’s Poultry World, out next week. Click here to subscribe.