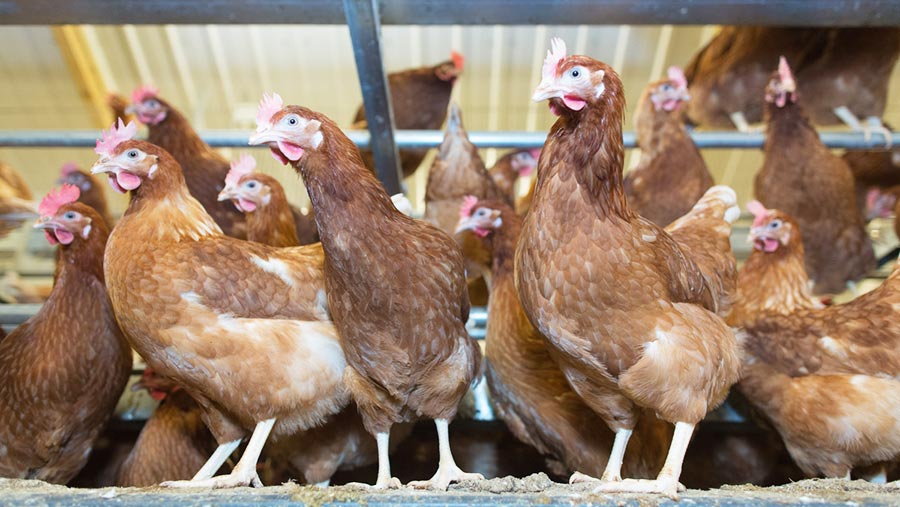 Concerns have been raised by free-range producers about chief veterinary officer Nigel Gibbens’ decision to introduce a blanket prevention zone across England to help protect poultry from a strain of avian flu in Europe.

There have been suggestions that Defra and the Animal and Plant Health Agency (Apha) could instead have brought in a regional housing order based on risks linked to wild bird migratory pathways.

Producers are also concerned about what the government will do after the end of the 30-day restriction period, particularly if the situation in neighbouring European countries has not improved.

John Widdowson, who owns Exe Valley Eggs, Devon, said that while he understood Defra’s decision, he questioned the blanket approach.

“I think the risks are significantly higher for producers on the east coast and for those under migratory wild bird pathways, which I’m not.

“Of course, it is better to have this restriction than having a case of avian influenza but it would be good to know if a regional approach was considered.”

Mr Widdowson, who runs five flocks totalling 20,000 birds, said he had one flock at 19 weeks that would have gone out this week and he was concerned the longer they were housed indoors the greater the impact on their ability to range.

He added that he was wondering whether the 30-day order would be rolled over.

He said his birds’ behaviour had already been affected. “We’ve always encouraged our birds to range far and wide. Their welfare is being maintained but they’re not very happy and we are seeing higher stress levels because the pop-holes aren’t open.

“We’ve put down more finely chopped straw in the litter area and they have a range of environmental enhancements, including string hanging from the sheds and footballs in the scratching area,” he said.

“Generally, they were OK about it – some quite happy – but they all understood the reasoning behind the decision and the fact that it was protecting their livelihoods.”

Alaistaire Brice, who runs Havensfield Happy Hens, Eyre, Suffolk, said he was relieved by Defra’s decision but concerned that small-scale and hobby farmers would not to house their birds.

Mr Brice, who owns 20,000 laying hens and has 110,000 contract layers for the East of England Coop, anticipated few problems particularly as there were only eight to nine hours of light a day at this time of year.

One small farm, Millcroft Poultry, Dawlish, Devon, said it had noticed some behaviour change among its 200 birds: “They are a bit confused and want to come out first thing in the morning but are coping OK,” said a spokeswoman.

Mark Gorton, director of Traditional Norfolk Poultry, told the Guardian that the order to keep birds inside was sensible and that it was fortunate the situation had not occurred earlier in the run-up to Christmas.

“Most of the Christmas turkeys are done. They’re safely packed and in cold stores ready for Christmas dinner,” he said.