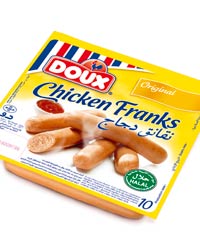 Brussels is at the centre of a gathering storm over the fairness of its subsidies, after revelations that France’s leading processor has individually received more than €60m (£51m) in EU export aid.

The money was paid as export restitutions to the Doux Group, and is helping the Brittany-based poultry giant to crawl out of a financial hole caused by the avian flu crisis of 2006.

But the size of the payment, €62.8m (£53.7m), and the fact that Doux received three times as much as the nearest other beneficiary has caused a media storm and sparked a fresh debate on whether such export payments were still appropriate.

The nearest poultrymeat beneficiary was another French chicken exporter, Tilly-Sabco, on €20.5m (£17.4m).

It has been widely believed that this kind of support was being largely phased out, in line with Brussels’ intention to rein in the costs of the CAP, and to avoid giving disproportionate help to individual companies to help them compete in global markets where it was uneconomic to do so.

But Guy Odri, director general of Doux, had no doubt that there was still a place for restitutions on exports when he spoke to the national journal Filieres Avicoles last month.

The payments, plus an improved market, had been a significant factor in helping the group to recover from the avian flu problems of 2006. Doux was back on track with a record turnover of €1.1bn (£0.94bn) in 2008 but there was still a negative bottom line of €12m (£10.2) for the year.

Mr Odri claimed that the size if the cheques being paid to the poultry industry were insignificant compared with aids being available in other sectors. Doux’s problem was the distortion of exchange rates between the euro and the dollar. The group had to trade in the soft euro while the rest of the world operated in the hard dollar.

Export restitutions were designed 40 years ago to compensate producers for the high cost of growing chicken in the EU. They were part of a plan originated by president Giscard D’Estaing and his “green oil” programme for feeding the Arab peninsula, and proved to be the launching pad for the establishment of the French poultry industry in Brittany.

The size of the payments remained a secret until the commission set up its own version of the Freedom of Information Act.