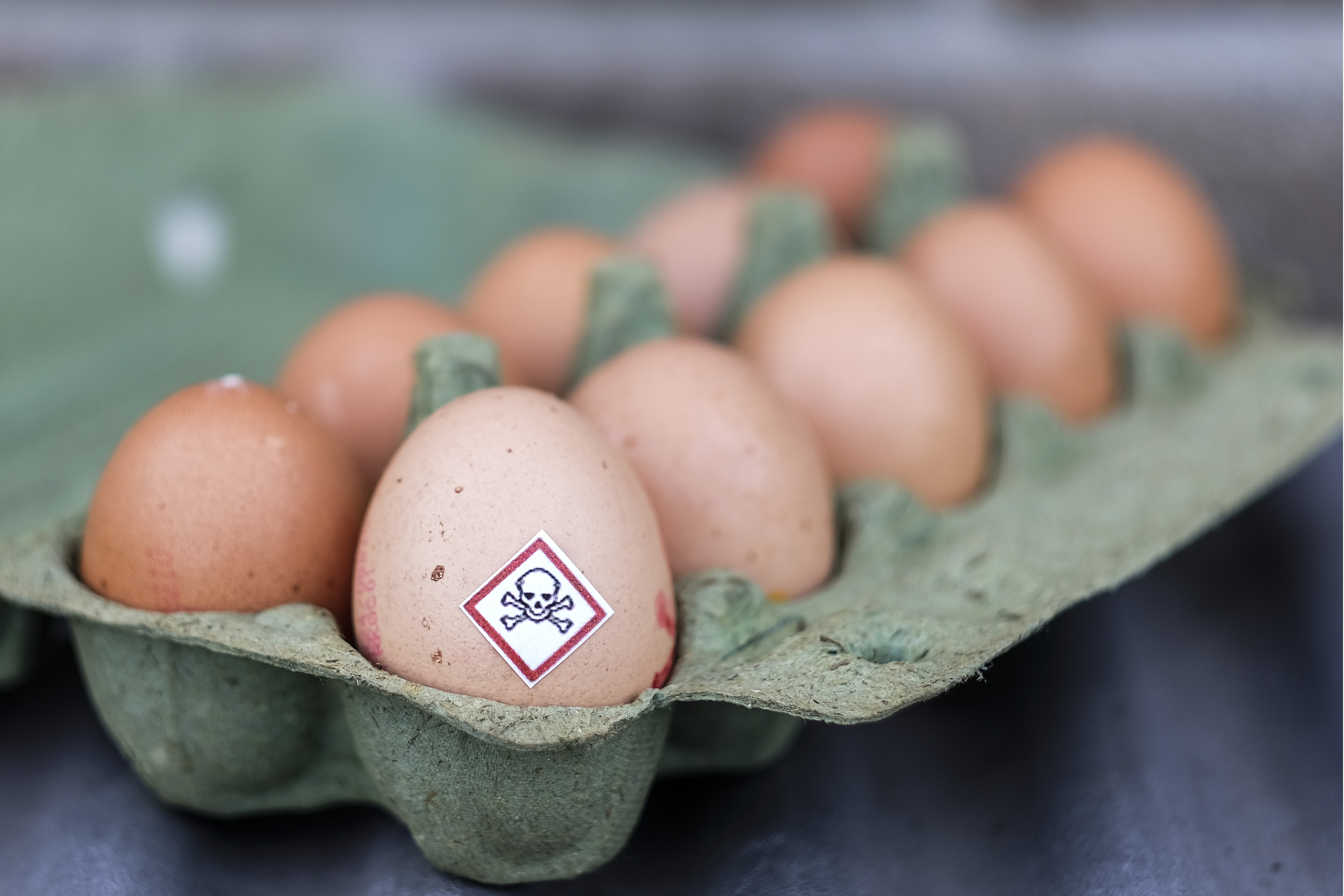 Testing of British eggs has found no evidence of fipronil. Photo: Isopix/REX/Shutterstock

Almost a dozen products known to contain those eggs have been recalled from sale as a precaution, though most will have already been consumed.

The FSA said the risk to health was very low.

Fipronil residues have been found on poultry farms across western Europe that mixed the toxic substance with licenced pest-control products to enhance their efficacy. Subsequent testing of eggs found them tainted with the banned insecticide, and around 180 Dutch farms have been locked down for testing.

Eggs recalled in their millions

While only considered mildly toxic in small amounts, one farm in the Netherlands was found to have eggs with acutely harmful levels. Supermarkets have recalled eggs in their millions in Germany, France, Belgium and the Netherlands as a result.

The Food Standards Agency said it had found evidence that some 700,000 eggs had been imported over the period it is known fipronil was being used on Dutch poultry farms, Europe’s biggest exporter of eggs.

Any eggs would likely have been further mixed with uncontaminated ones, the FSA added, minimising their toxicity.

Heather Hancock, Chairman of the Food Standards Agency, said: ‘I’m confident that acting quickly is the right thing to do. The number of eggs involved is small in proportion to the number of eggs we eat, and it is very unlikely that there is a risk to public health.

“Based on the available evidence there is no need for people to change the way they consume or cook eggs. However, fipronil is not legally allowed for use near food-producing animals and it shouldn’t be there.”

Testing of British eggs has found no evidence of fipronil

British egg processors have accused retailers of double standards when it comes to their procurement – stocking fresh egg from the UK but buying cheaper continental egg for products.

Ian Jones, chairman of British Lion Egg Processors, said: “The major retailers are operating to double standards when it comes to eggs. All of them stock British Lion shell eggs but they use imported eggs in many of their other foods containing eggs.

“This is just the latest of a number of food safety issues connected to eggs produced outside of the UK in recent years. Consumers clearly want retailers and food manufacturers to use good quality British ingredients that are produced to high standards of food safety, but in some prepared foods this is not the case.”