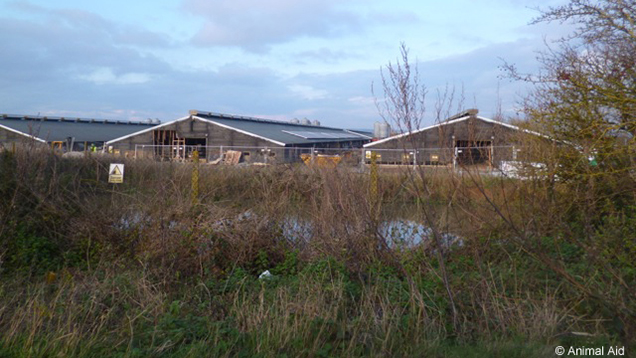 An animal rights group has criticised the decision to rebuild poultry sheds adjacent to the Humber Estuary which were devastated by flooding that resulted in the death of 700,000 birds.

In December last year the farms, which supply chicken to 2 Sisters Food Group, were deluged by a tidal surge that overcame flood defences. At the time the company committed to repair and replace the waterlogged poultry units.

Animal Aid said the site remained at high risk of flooding, and that Environment Agency (EA) officials had previously advised defences were in poor condition.

It says in a new report that the EA believes it likely tidal flooding will occur once every 10-20 years.

The charity added the decision to rebuild was “deeply distressing”.

But a spokesman for 2 Sisters said it had been advised the flooding was a “once in a hundred year” event.

“Both farms have been part of the local landscape for more than 30 years and currently provide jobs for six people,” he added.

“The effects of last year’s tidal surge were tragic for both animals and residents in the local area, and it cost a considerable sum to rebuild our farms.”

Insurers had agreed to provide cover against flooding, he said, an indicator of confidence in the site.

Animal Aid made the accusation in a new report, entitled “The Untouched Dead”, which highlights incidents in farming that have resulted in the death of livestock before slaughter. It estimates some 43 million are killed in such a way each year.