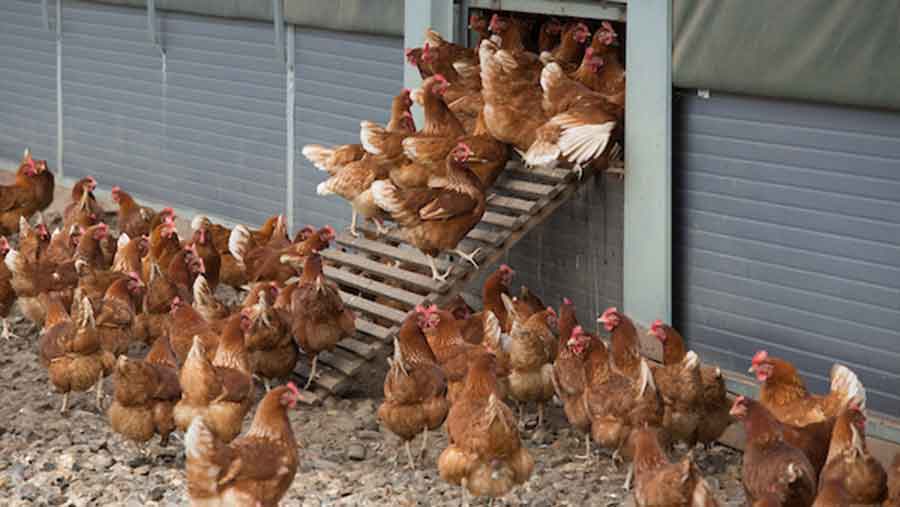 Free-range poultry keepers have been ordered to move their birds indoors, or at least keep them separated from wild birds, as a precaution against avian influenza.

Wild birds struck down with the disease have also been reported in 14 European countries since early November.

In response, government chief vet Nigel Gibbens has declared that the whole of England should be treated as a Prevention Zone for the next 30 days, introducing enhanced biosecurity for poultry and captive birds.

“While no cases of H5N8 avian flu have been found in the UK, we are closely monitoring the situation across Europe and have scaled up surveillance in response to the heightened risk,” he said.

Mr Gibbens added that, even when birds are housed, a risk of infection remains, so he advised enhanced biosecurity, including:

Mark Williams, chair of the Poultry Health and Welfare Group, which represents the poultry industry, welcomed the decision.

“The poultry industry has been liaising closely with Defra and contingency plans are in place and under constant review,” he said.

“Most birds can be taken inside their houses within a matter of hours. Where birds like geese and game can’t be housed, measures will be put in place to ensure separation from wild birds.”

Now that the government order has been issued, free-range producers will not lose their status as a result of housing their birds.