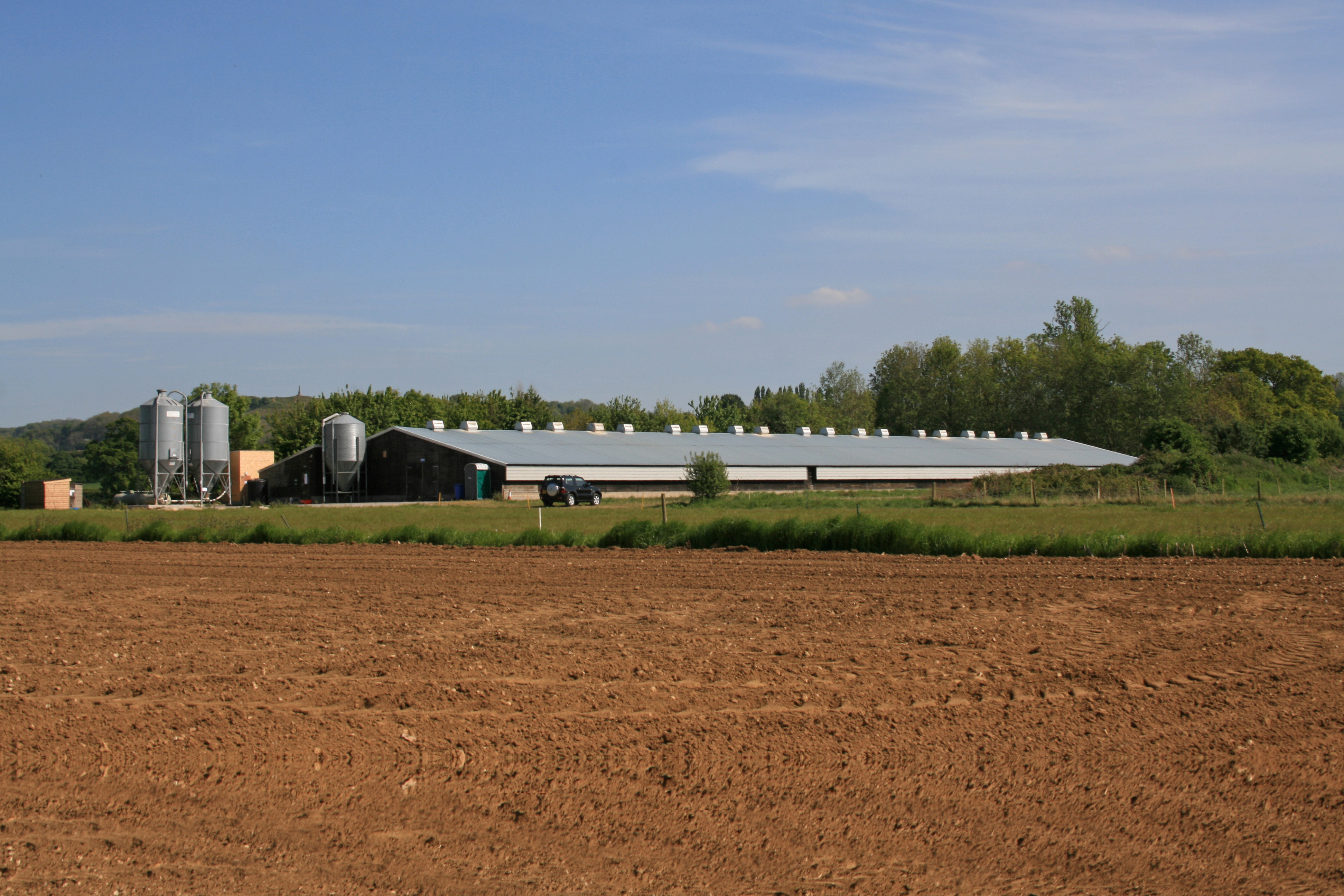 One of the broiler farms now operating as a pullet rearing site. Photo: Poultry World

Four years ago, the Hebditch family moved out of broiler production after becoming disillusioned with the system and the relentless crop cycle and variability of margins. At the time it marked a significant point in the family’s history as it marked the end of many decades of poultry production.

Jonathan’s grandfather Ewart was a well-known breeder who had played a key role in establishing the Egg Marketing Board in the 1950s. His father Nick entered the business in 1955, after leaving school, hatching and rearing pedigree Rhode Island Reds, Light Sussex, Black Leghorn free-range birds and their commercial crosses.

Although the family business was nearly wiped out in 1960 by a virulent outbreak of Newcastle Disease, brought over by gulls from the Dorset coast, they managed to hold on with just 2,000 breeding stock at North Perrott surviving the incident.

By the late 1960s hybrid birds began to dominate the market and the family linked up with Hy-Line, which supplied them with hatching eggs. They moved to hatching and rearing Hisex white and brown birds and the business continued to grow successfully until the salmonella debacle at the end of 1988.

“We got salmonella enteriditis in one of our flocks, which had to be slaughtered and basically it finished our business,” he says.

The family saw the potential of broilers and having erected houses in 1978 and 1985 they began rearing Cobb and then Ross 380 birds alongside their arable operation.

They finished production in June 2013, and Jonathan took up work on a neighbouring sheep farm and cider apple grower, leaving the broiler houses empty.

The move into pullet production was through word of mouth. Nick was speaking to a neighbouring farmer who had started producing pullets for Humphrey Feeds and Pullets.

The firm’s Charles MacLeod explained the changes required for the different process of rearing birds that have another year of egg production ahead of them. Initially cautious, they understood the difference and the family was keen to proceed as pullet rearers.

The family have two sites in Martock – Midway Farm – which contains the two original broiler sheds with a capacity of 17,000 birds each, while a neighbouring unit has a more recent shed and has capacity for 36,000 birds.

The first pullets arrived early in June 2016, following straightforward modifications to the sheds, including the installation of perches (ranging from 600cm-1.2m) and changes to the drinking system.

Feed lines stayed the same, although some were re-sited and some pan feeders have been installed.

One major change was the lighting arrangements had to be changed for the pullets. “While the ventilation remained the same, we needed to have an option for less lighting so that we could have a darker environment for the birds,” says Jonathan.

“We start the birds at 15 lux and then it is gradually dropped back to 10 lux or lower. When they arrive as day-old chicks they have 20 hours of light and effectively it is high summer. Lighting hours are reduced fairly quickly to bring them in to winter conditions so that by day 42 they only have 10 hours of light.

“We want them to move from summer to winter very quickly and then ease them towards spring as they leave.

“Pullets also like it cooler than broilers so we aim for a temperature down to 16°C (61F) when they are older,” he says.

Pullets eat significantly less than broilers and at the end of the crop Jonathan is feeding the birds just three times a day – through choice on a manual basis as he is keen to walk with the birds in the sheds. The pullets are on 11-12g/day at day seven, going to 75g/day at the end of the crop. They weigh around 1,350g (1.35kg) at depopulation at 16 weeks having reached 1kg at 12 weeks.

The birds receive up to 2,500 litres or more water a day in the 17,000-bird unit when older. Brooding can be an issue, with birds concentrated in the middle of the shed, extra drinkers and feed are put down in that area.

Vaccination is one of the biggest issues with about 16 different vaccinations taking place by the end of each flock cycle – subject to customer requirements.

The pullets, currently Lohmann Brown, Lohmann Lite and Bovan Brown, arrive as day-old chicks from either Joice and Hill’s Peterborough Hatchery or from Lohmann’s and leave at 112 days, with crops going to Humphrey Feed and Pullets clients across the UK, including organic producers.

These are either given via the water or through coarse or fine spraying in the sheds.

More than 100 birds are weighed each week in each house, with details sent to Humphreys and their clients.

The target is to keep mortality below 2%, and the first week is the most fraught with losses generally ranging from 0.6-0.8%. Once pullets reach 7-10 days, when their bodyweight should have doubled from arrival, life becomes easier.

The turnaround period of six weeks allows plenty of time for cleansing and disinfection of the sheds, which according to Jonathan is a real benefit compared with rearing broilers.

“Broilers are a lot more finicky – everything has to be bang on the button with broilers. You can’t have the temperature half a degree out or the drinking nipples at the wrong height, there is no room for error. Litter is also far harder to keep with broilers.

“With broilers you’re on a real treadmill. You only have 7-10 days for cleaning and disinfection and you don’t really have a chance to breathe. Rearing pullets is certainly more relaxed, although washing out is more costly due to the perches.”

The farm is registered and audited with both Freedom Foods and Red Tractor Assurance and St David’s Poultry vets undertake all blood tests and flock check-ups.

Plans for the future include building another shed designed specifically to raise pullets: “It’s great to be able to plan positively for what looks like a bright future,” adds Jonathan.