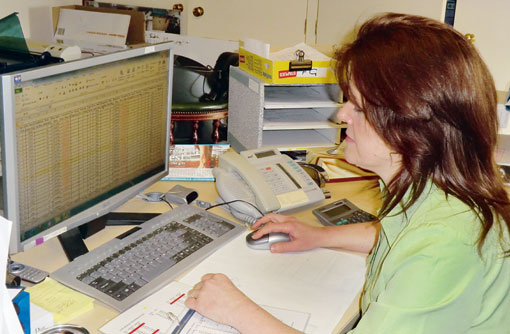 But one other aspect, which some producers have been inclined to overlook, is the calculation of cumulative daily mortality rates (CDMR).

Under the regulations, any farmer stocking conventionally-reared meat chickens above 33kg/sq m is required to calculate the CDMR for each flock for each house.

This information must be supplied to the slaughterhouse on the Food Chain Information form (FCI) at least 24 hours before the arrival of the birds.

Batches that do not have a correctly completed FCI form cannot be slaughtered. Random checks will also be made to see if the mortality rate reported is CDMR rather than standard house mortality.

“A stumbling block to providing CDMR is that it is seen by some to be complicated and time-consuming to calculate,” says Alison Wintrip of consultants ADAS. “But that need not be the case, as CDMR can easily be worked out with just a calculator.

“The only difference with CDMR is that you need to adjust the number of birds left in the house every day and use this figure to calculate the next daily mortality.

“As such, it is a more accurate measure of mortality over the life of the flock. It is not, however, a substitute for informed and consistent monitoring by the grower of the level and changes to the pattern of day-to-day mortality.”

During the early stages of the crop, CDMR and daily house mortality will be very similar. But towards the end of the crop and, in particular after thinning, the difference between the two figures will be greater.

This is demonstrated in the worked example, based on a typical daily house record sheet.


Putting it into practice

Mark and Louise Forster have produced broiler chickens as a business for the past 30 years.

Louise is managing director and acting company administrator and deals with the day-to-day running of the office and accounts.

Prior to June 2010, Louise received information from Defra stating that it would become a legal requirement for producers like her to provide CDMR data for each flock on the FCI form. “It was a statutory requirement, so it had to be done,” she said.

Although working out daily mortality was not difficult, asking the staff to calculate cumulative percentages on a daily basis was more problematic.

So using the spreadsheet Defra supplied on its website as a template, she developed her own system for recording and calculating CDMR using her computer. “This means that staff have only to add the total mortality for each day into a column and the computer works out the rest,” she said.