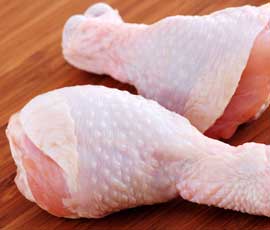 The global poultry industry is forecast to benefit from stronger demand and declining feed prices in the second quarter of 2012, according to experts at Dutch bank Rabobank.

World demand for poultry is expected to grow by 2% this year, as prices for competing meats such as pork and beef rise and beef supplies tighten.

Additionally, feed prices are likely to decline as the new harvest comes in.

But strong supply discipline is crucial to balance the fragile market situation and bolster profit margins.

“Recent figures indicate some expansion in the UK and Germany, creating concern regarding the potential for excess supplies,” the analysts said. “If the industry doesn’t maintain adequate discipline, margins will come under pressure, as they did in Q1 2011.”

The EU is also expected to benefit from strong export demand and Rabobank predicts growth will continue into Asia, Africa and the Middle East.

“European exporters are benefiting from a more structural approach to open markets and from a more competitive position compared to Brazil due to the euro/real exchange rate,” the analysts said.

But the return of Thailand to the raw chicken export market will remain a major swing factor in upcoming months and Rabobank believes it will intensify competition in export markets.

“Thailand will regain its lost market share in the EU and Japan, which will lead to price erosion and pressure on Brazil’s export volumes in these markets.”

Thailand is poised to return to the EU market in July, following a nine-year export ban in the wake of avian flu and Japan is expected to follow suit.

The trend for Thai poultry exports currently stands at 5% a year, but its recent quota expansion in the EU and possibly Japan will lead to new growth outlets for the country in future years.

Another big concern for the EU market is the economic crisis, though Rabobank said it was hard to predict the potential market impact.

“A weaker economy may lead consumers to trade down to chicken as the cheapest protein, or it may lead to reduced demand as consumers simply consume less protein.”