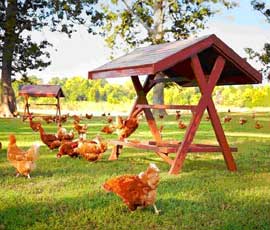 High-welfare egg producer the Happy Egg Co has announced its expansion into the USA.

The firm, founded in 2009 and owned by Noble Foods, will launch in California, initially selling free-range eggs in boxes of 12 across more than 240 Ralph’s stores. It also plans to start selling eggs in upscale grocery stores across the USA in the coming months.

A company spokesman said the move would be a boost for the USA’s free-range egg production.

Currently about 95% of US egg production is derived from battery cages and industry plans to replace these with more welfare-friendly systems have ground to a halt. As reported in Poultry World (October issue), the draft “Egg Bill”, which would introduce enriched colony systems across all 50 states by 2030, has been stalled by the US presidential elections.

However some states are introducing their own welfare legislation; California’s “Proposition 2” will introduce a ban on conventionally-caged birds by 2015.

David Wagstaff, chief operating officer of the Happy Egg Co, said: “Purchasing decisions made by consumers in California often drive animal welfare standards for the rest of the USA.”

Rob Newell, head of brands, said the expansion had taken two years’ research into the customer base, the competition, the market and egg production in the country. “Arkansas has been identified as the prime location for the first Happy Egg farm – it has the ideal conditions for hens, with temperate climate, close proximity to grain fields and availability of natural resources.”

The company has already set up a farm in Arkansas “based on our stringent UK standards and protocols, demonstrating our commitment to making our hens happy by always putting their welfare first”.

To secure your next issue of Poultry World, why not subscribe online. And if you have a view on anything affecting the sector, share it with us in our Poultry Platform forum area.