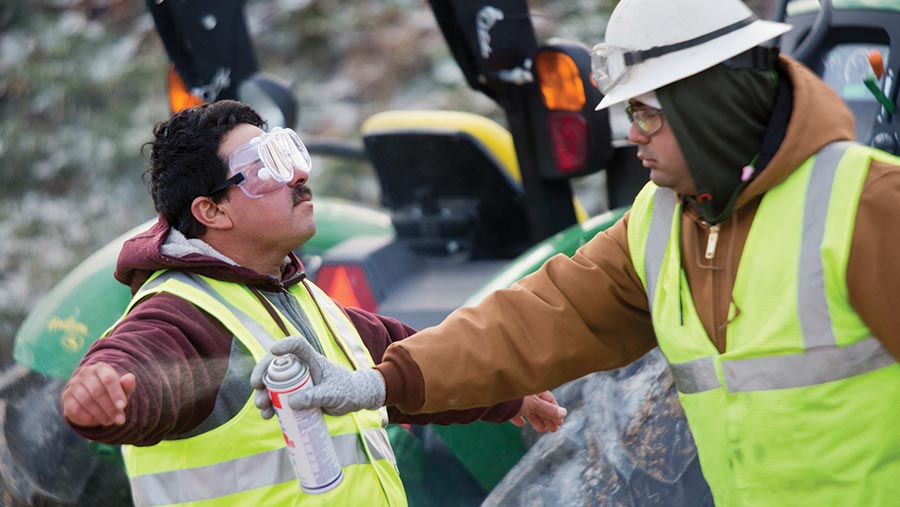 Turkey farmers caught up in the bird flu outbreak in the United States earlier this year displayed poor levels of biosecurity, according to a preliminary epidemiology report.

The United States Department of Agriculture’s Animal and Plant Health Inspection (Aphis) report found evidence that the farms were sharing feed trucks across facilities and that staff were failing to scrub footwear after exiting barns.

Farms were also found to be using the same staff in different barns in the Indiana outbreak in January, when a single case of high-pathogenic H7N8 and eight cases of low-pathogenic H7N8 were confirmed.

As part of the report, all of the infected farms were asked to fill in a questionnaire to examine their biosecurity practices, employer and visitor, vehicle and equipment movements, litter handling and number and type of wild birds on the holdings.

The report found of the ten farms surveyed, nine reported having a gravel approach road to the turkey units, even though the presence of a gravel road was identified as a risk factor in the turkey control study associated with the HPAI outbreak in Minnesota last year.

Feed trucks and company personnel vehicles regularly approached the barns, even though a layer study in the 2015 Iowa outbreak found renderer and garbage vehicles approaching the barn to be a risk factor.

Visitors were not required to avoid visiting multiple farms on the same day, while all 10 farms shared company trucks and feed trucks during the 14 days prior to infection.

Eight farms reported that a company service person visited and entered a barn in the 14 days prior to infection and on seven farms they entered the infected barn.

Only three farms carried out cleaning and disinfecting on the barn’s hard surface entry, even though studies last year showed such action decrease the odds of a farm becoming infected.

Aphis said that, while some poor practices had been eliminated, farmers needed to remain vigilant in the upcoming month and maintain good biosecurity.