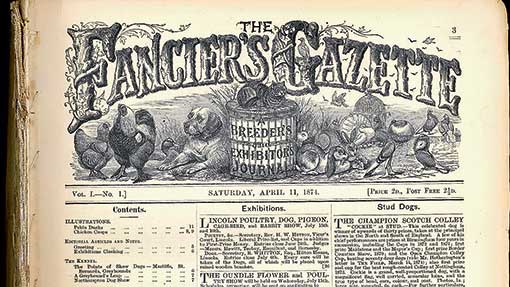 In just two months’ time, Poultry World will be celebrating its anniversary.

Launched as The Fanciers Gazette – a Breeder’s and Exhibitor’s Journal on 11 April 1874, the magazine changed its name to Poultry World in 1909, reflecting its increasing focus on matters “just poultry”.

To mark this historic occasion, we are planning a special anniversary issue in April and we would like you, our readers, to get involved too. In particular, we are looking for anecdotes about the role the magazine has played in your lives.

Did you read Poultry World as a child? Did you get your first job as a result of an ad in Poultry World? What’s the oldest Poultry World in your house? Have you ever been on the front cover?

It would be great to hear any of your stories involving the magazine – however tenuous – or simply your comments on what Poultry World means to you.