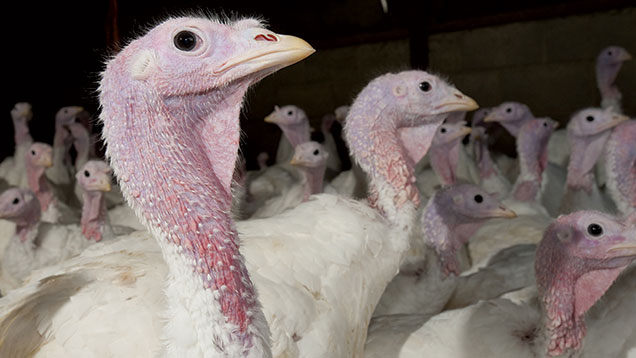 “The history of turkey production in the Western world is a supreme example of the triumph of science.”

So reads the opening chapter of Poultry World’s 70-year history of the industry, written by the late Thomas E Whittle and published at the turn of the millennium – and a fair assertion it is.

The path of turkeys from their domestication, thought to be around 100AD, to the present day – where selection and science have made them the least expensive meat per kg available – really is a triumph.

Originally bronze in feather, the first selection that could be deemed successful was the creation of the “broad-breasted bronze” in the late 1940s and 1950s. Indigenous turkeys are “sharp breasted”, but respond well to selection for meat in the chest.

Those bronze feather stubs were considered a blemish on finished birds, despite some consumers today turning back to more traditional breeds. It was a relatively simple breeding programme that produced the endemic white-feathered bird that is still most common today.

In the 1960s consumption of turkey at Christmas began to grow in the UK, on the back of the popularity of it with Americans at Thanksgiving in late November. It was the creation of British United Turkeys in 1961 from a series of smaller breeding companies that began to capitalise on that growth – both in facilitating sales and increasing bird size.

The history of the British turkey industry ties in closely with British United Turkeys. Formed under the chairmanship of Rupert Chalmers Watson, for the first time it brought various breeding programmes under one roof and really began tapping into the genetic potential of turkeymeat.

The breeding programme was literally brought under one roof in the early 1970s. Before that, birds were able to range in the summer, but the threat of disease and pests to increasingly valuable parent stock became unacceptable. These methods of rearing still inform the way things are done today.

It was also about this time that improvements were made to the health status of birds. Notably, poultry vet Dr Bob Edson successfully eradicated Mycoplasma meleagridis from the company’s research lines – a huge boon to bird health.

British United Turkeys was also busy making inroads in foreign markets, selling fertilised eggs and poults across the EU and, eventually setting up a breeding programme in the USA, effectively selling turkeys back to the country they came from.

The company was eventually sold to Aviagen in 2005, and the new owner has continued to invest in genetic and health improvements – and has largely done so in the UK.

Between 1966 and 1996 at British United Turkeys the liveweight of a male bird at 18 weeks increased from 9.45kg to 15.80kg, through a combination of selection and better nutrition. Today that bird would be 3kg heavier still at the same age.

Early liveweight gains are not the main achievement that our reference book, A Triumph of Science, cites as the most impressive, however. It is breastmeat yield, described as “rather spectacular” by author Thomas E Whittle. By upping the total percentage of breastmeat, both the wing and leg cuts have declined over time, but the consequence is that turkey is today the highest yielder of edible meat of all birds – and the least expensive.

Broilers may be the more efficient converters of feed, but the science behind their selection wouldn’t be there without the innovation of the early turkey breeders.