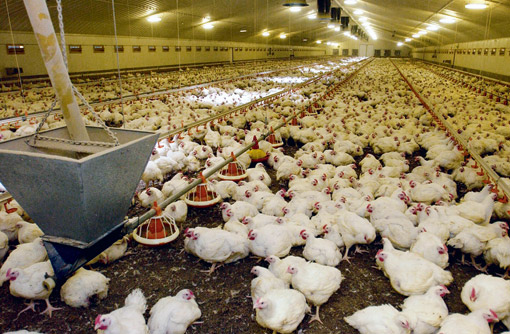 Bird health issues such as hock burn, transport to slaughterhouses and infectious bronchitis in cockerels were among the subjects raised at the recent meeting of the British Poultry Veterinary Association in Harrogate, as Rhian Price reports

Heavier birds are at a higher risk of developing hock burn, irrespective of management conditions, a senior welfare lecturer from Glasgow University has revealed.

Addressing the BVPA spring meeting in Harrogate, Dorothy McKeegan said that recent studies conducted by the university showed that non-environmental influences in broiler production, such as age, gender and weight, were positively associated with footpad dermatitis and hock burn.

While the impact of wet litter and high ammonia levels on foot and hock lesions is widely understood within the broiler industry, the impact of genetic traits is relatively new.

Farm trials revealed that hock burn was related to gender and weight, with heavier birds – particularly males – at a higher risk of developing lesions than lighter birds.

“I think the development of hock lesions is related to bodyweight and that some aspects of their development are akin to pressure sores,” Dr Keegan told the meeting.

“This may be because, while the skin on the foot has evolved to withstand bodyweight, the skin on the hock has not. In broilers we have birds which are heavy and which spend a lot of time sitting – thus putting pressure on the hock, regardless of litter conditions,” she explained.

Dr McKeegan said studies had also shown that younger birds were more susceptible to foot lesions than older ones.

Trials showed that 90% of birds that were challenged on wet litter at 21 days old, developed C grade or worse lesions within five days (with E grade being worst and A grade being best), compared with only 45% in 28-day-old birds.

Dr McKeegan said higher susceptibility in younger birds could be related to the fact that their skin is more delicate and differences in immune system response.

Despite the other influences, Dr McKeegan said litter management was still fundamental in controlling the onset of lesions.

“Management approaches to reducing these conditions should concentrate on minimising moisture accumulation in litter, particularly in the early rearing period.” 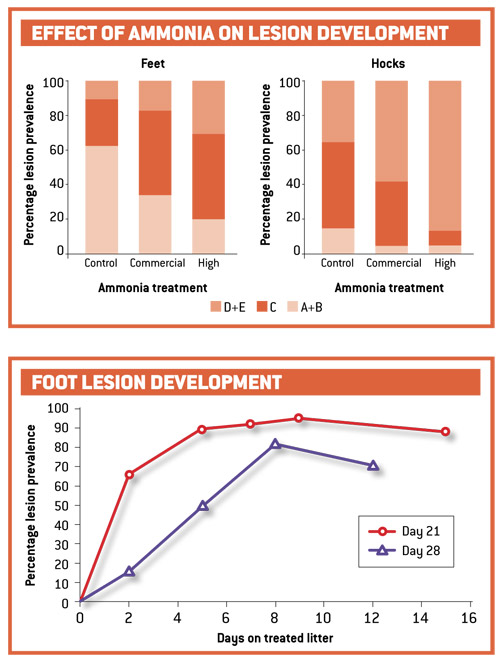