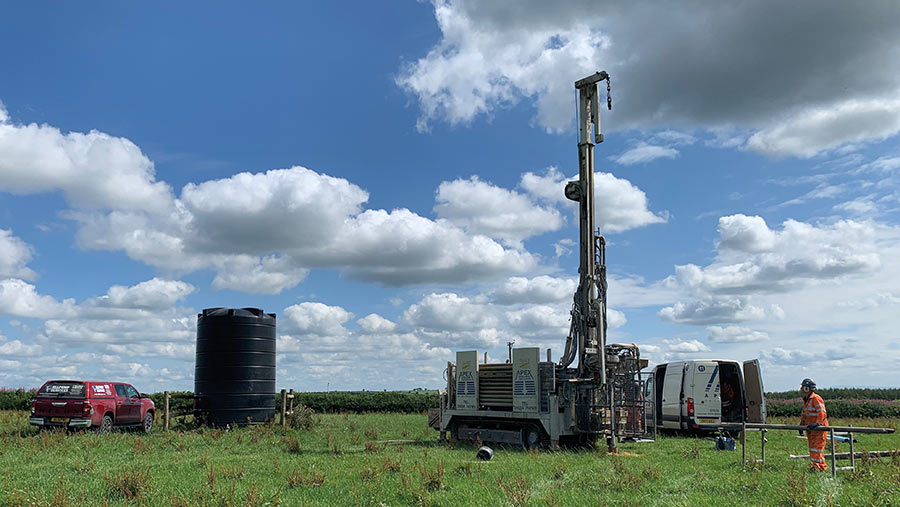 Installing a borehole to draw a private water supply is resulting in cost savings of about £5,000/year for a Pembrokeshire free-range egg business.

Lyn and Carol Jenkins diversified from dairy farming to poultry in 2013, with two flocks of 4,000 hens at Dreenhill, near Haverfordwest.

See also: A step-by-step guide to cleaning your poultry shed

The couple established their egg production enterprise on a greenfield site with two 9x66m mobile, flat-deck houses sourced second-hand from a unit in Lincolnshire.

To make the figures stack up with 8,000 birds, they set efficiency targets to minimise the cost of production. Establishing their own water supply ticked that box.

Even in the driest conditions on the farm, water had been visible about 1m from the surface, so the Jenkins family were confident of finding a source not too far down. 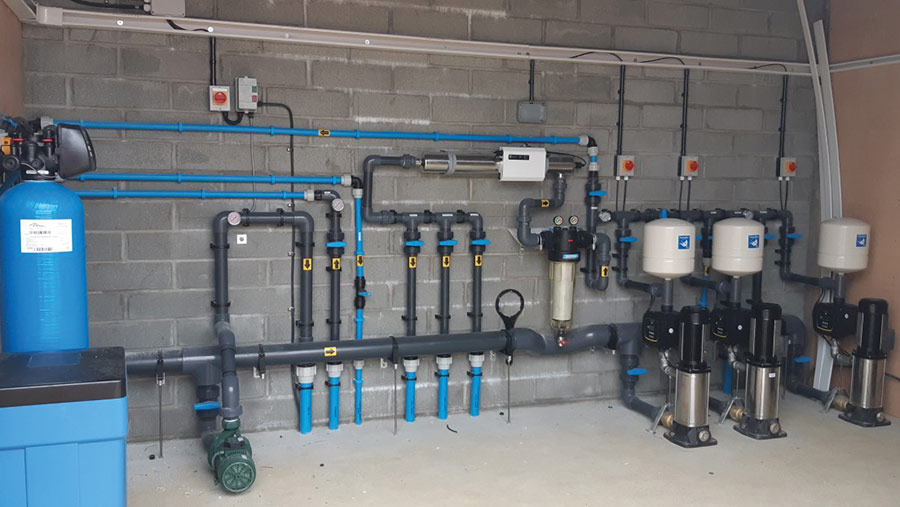 Boreholes normally require drilling to 30-60m, but 100m depths are possible. After a survey at Dreenhill a borehole was sunk to 60m, where it reached a good supply.

The system has a submersible pump installed at the base of a 4in pipe and there is a receiving vessel located at the top.

When the volume of water in that vessel falls below a certain level, the pump is activated.

The only input cost is salt to keep the pipework clean.

The deeper the borehole, the higher the capital cost of establishing it; the Jenkins spent a total of £5,678 on theirs, comprising:

On top of that, the electrical set-up cost were:

And ongoing running costs include:

“It’s the same type of salt that is used in a dishwasher,” Mr Jenkins says.

“We add it to a brine bath, which is in the same shed as the filtration system, and it is automatically flushed through the pipes every night.”

There has been a remarkable reduction in water costs since the system was installed, amounting to a saving of £5,000/year.

“We don’t have any mains water. Everything is run off the borehole, even the water in the house.”

Water demand in their poultry systems, which can be as low as 600 litres/day, reached 1,600 litres/day during the emergency housing measures introduced recently to help curb the spread of avian flu. 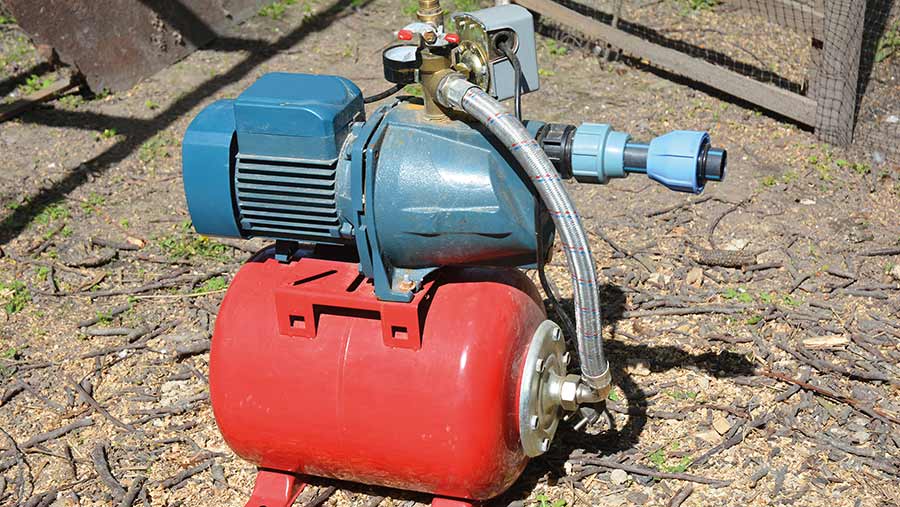 The cost of the pump can vary and is dictated by the depth of the borehole and the water flow and pressure requirements of the system.

The distance the water must travel from the borehole to the point of use is a consideration too, says Mr Lloyd.

Every two years, the Jenkins family exchange the pump for a reconditioned one for about £450, and it costs £400/year to have the system serviced.

Will I need a water extraction licence?

The 2003 Water Act allows anyone to extract up to 20,000 litres/day without a licence or charge.

For greater volumes, an abstraction licence must be obtained from the Environment Agency or the equivalent authority in the devolved nations.

Because the site is off-grid, power for the pump and the rest of the site was initially delivered by a 24V solar system. This was allied to a small petrol-powered generator for backup at times when there was insufficient energy from solar.

However, three-phase electricity has also been installed to allow any excess energy to be sold to the grid.

Quality and continuity of supply

The accumulation in water of micronutrients such as iron, manganese and sulphates can be linked to specific disease syndromes in birds.
It is common to find micronutrients at a certain level and it may not be high enough to cause a problem.

Mains water is assessed by the supply company, but for borehole-fed units, the onus on testing is down to the farm.

A chemical analysis of the water at the Jenkins family farm showed high levels of iron and manganese, so a filter was installed. UV filters are also fitted to remove bacteria.

Testing frequency and tolerance levels will depend on which assurance scheme the farm works to and must be carried out by a recognised laboratory.

Iron can also encourage the growth of certain bacteria and lead to the formation of biofilms in pipelines, while affecting palatability too.

Shallow boreholes can show an increase in heavy metal loads after high rainfall, depending on siting and drainage, and damaged supply pipes can allow contamination below ground.

Whatever the water source – mains or borehole – it is advisable to have storage tank capacity to hold a supply that will last at least 24 hours in the event of any problems.