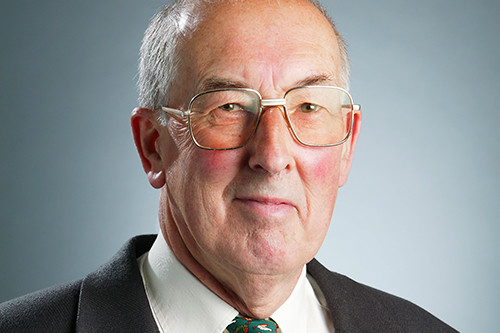 The first step to achieving good grass growth and ground cover, combined with minimal risk of standing water, is a light, well-drained soil.

A dense covering of grass is required and Adas advises that the target sward height should be about 3-4cm, up to a maximum of 6cm and kept down through grazing or regular gang-mowing.

“When grass is allowed to grow too long it can become coarse and if ingested this long, tough material can become matted and cause crop binding,” he explains.

This could eventually block the hen’s crop and, because feed cannot then readily pass through to the gizzard, can lead to starvation.

“As well as reducing the risk of binding, keeping the sward height down will encourage grass growth and tillering,” he says.

Where paddocks have become worn it may be necessary to reseed bare patches or occasionally establish an entirely new ley if the quality has been reduced, for example by non-target grass species and weeds.

Time to sow for best growth

Sowing is best timed to coincide with warm periods of sufficient rainfall when grass growth is at its most vigorous, such as early spring and from mid-August to late September.

In these conditions, reseeded swards will take several weeks to establish. This period can often fit within the change-over of flocks after old hens have been depopulated and while replacement pullets are initially kept temporarily inside the house.

An example of a suitable mix of grass species

Harrowed to a fine tilth

During this time any large bare patches should be harrowed to a fine tilth before broadcasting or drilling and light harrowing and rolling. Smaller patches can be tackled with rakes and hand sowing.

Adas advises that a high seed rate of between 50-80kg/ha should be sown on bare patches. The higher rate will be necessary on areas where damage is at its highest.

A suitable grass seeds mixture should be composed of a combination of varieties that are hard-wearing but vigorous enough to establish and recover quickly from pressure.

Even with a resilient grass mix there are key areas where the sward will not be able to sustain the pressure of the sheer number of birds. But careful management can alleviate pressure on the grass.

Generally, the majority of birds will only range 30m-40m from the house. With these limited distances the most efficient way to use pasture is to site the building in the centre of a field, if possible.

The house will then act as a hub and birds will range outwards towards the perimeter and make better use of the grass. By comparison, if the house is at one end of that field, they are unlikely to extend down its entire length.

Siting the house centrally also more readily allows a rotation of several paddocks around the house to manage pasture more efficiently and reduce the build-up of parasitic worms.

Adas suggests using about 1m-high electric poultry netting to enclose about one sixth to one quarter of the range at a time. In most conditions, overall stocking density should not exceed 2,000 hens/ha.

After a few months, the pasture will become worn and the fencing should be moved on to enclose the next paddock.

This means it is possible for hens to use each paddock only once during their laying life.

A benefit of using rotational paddocks can be a significant reduction in parasitic worm populations on the field. Without a host to infect, exposed worm eggs left on bare ground are gradually desiccated by sunlight. By the time the next flock is brought on to that patch of ground, the egg count can be much-reduced.

The most severe pressure on the sward is generally close to the house where hens will cluster unless they are actively encouraged to venture further on to the range.

Severe damage can be caused to hen health at grass by high levels of worms such Heterakis and Strongyle, allowing secondary pathogens like E.coli to take advantage.
Alongside the large populations of worm eggs in the environment there are also extremely high levels of bacteria and protozoa.
Both the bacteria and protozoa overwhelm the normal “good” commensal gut flora. This causes disruption of the gastrointestinal tract, with an irritable and inflamed gut lining. Where this is the case hens will absorb vital nutrients poorly and any energy from her diet will go to repairing the gut lining. This means less energy and nutrients for egg production.
There are several methods that can reduce onsite pathogen burdens tremendously.
-Raised metal or wood verandas around the pop-holes or entire perimeter of the shed with a square, metal framework over the top allow litter and mud through. without causing foot damage.
– Drainage is vital to avoid puddles around the heavily used pop-holes. Drain lines of 10-12.5cm diameter placed around the shed, 30-60cm below the ground and surrounded with gravel in the heavily used areas will reduce standing water.
– Large shingle about 3-4m perimeter around the shed is good for drainage and reducing the mud brought into the scratch areas.

This area can quickly lose its grass cover and harbours endo-parasitic worms that may be carried into the house to infest hens that remain inside.

Areas close to the house are, therefore, best covered with round stones or gravel. Slatted or 10-gauge weldmesh platforms can be laid in about a 3m-wide strip around the house, especially near the pop-holes to reduce the likelihood of mud and contaminated puddles. It is also important to encourage hens to move further out into the field, Mr Elson adds.

Pop-holes with doors hinged at the top can provide overhead cover at the entrance, keeping it dry and encouraging the birds outside.

Hens fear open spaces and, beyond the immediate vicinity of the house, should be provided with natural or artificial shelter, shade and security. Trees and shrubs can help in this respect but movable shelters such as old trailers also have the advantage of encouraging hens to move around the pasture.