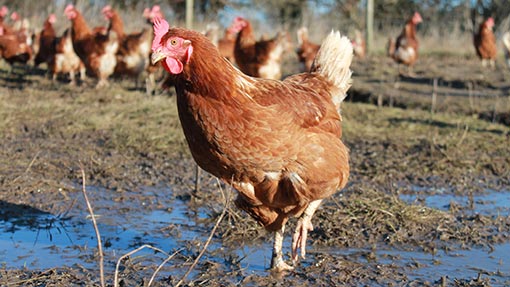 The product, Panacur AquaSol, is a broad spectrum POM-V anthelmintic with a dose of 200mg/ml of fenbendazole, is fully licenced for use in poultry and has no withdrawal period for human consumption of eggs.

It is an “evolution” of MSD’s long-established anthelmintic Panacur, the firm said, adding that bringing it to market had involved trialing the product on almost 60,000 birds in Europe.

MSD billed it as a “flexible alternative” to in-feed medication, and added it had a long shelf life – three years when unopened and six months after opening.

Katie Pitman, a vet on MSD’s poultry technical team, said: “Worming flocks via the drinking water is a simple option. However, in the past it has proved to be problematic as many compounds are prone to sedimentation and require constant or regular stirring. This is not the case with Panacur AquaSol which is very stable in suspension.”