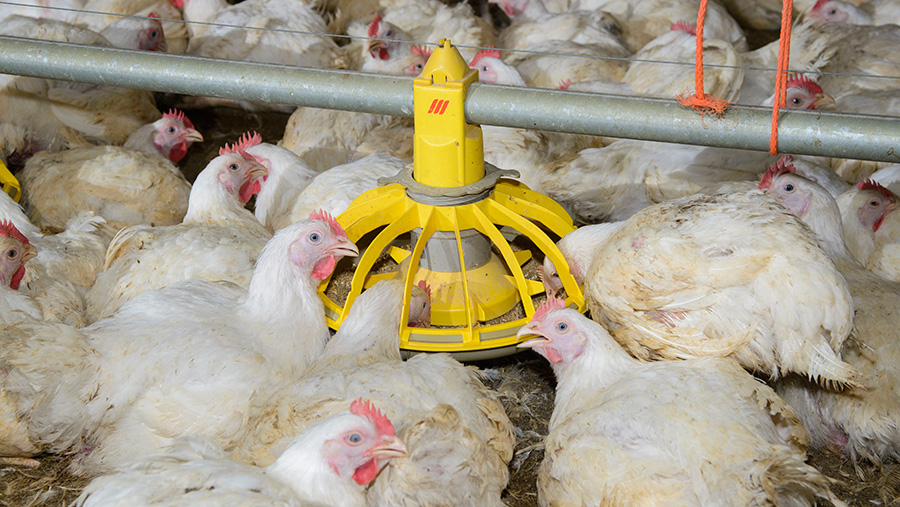 A poultry producer at the centre of a row over alleged tax avoidance in Ireland has spoken out, insisting his company has done nothing wrong.

The issue revolves around how businesses reclaim VAT, which is charged at a standard rate of 23% in Ireland.

There are two distinct measures under Irish law that poultry farmers can take to lessen the impact on their businesses.

Either they can pay a 5.5% flat rate addition (FRA) on sales instead of registering for VAT. Or, they can register and reclaim the tax on purchases. They should not do both.

However, a legal loophole allows businesses to restructure to create two companies – one reclaims VAT and the other pays the FRA.

But a row blew up after one farmer complained to his MEP that the practice gave these producers an unfair advantage.

The Irish government took action by producing a range of measures within a finance Bill that closes the loophole from 1 January 2017.

An official explained the measures would allow the finance minister to exclude farming sectors from the FRA scheme if they were being “excessively overcompensated”.

Anyone with a ministerial exclusion order, who continues to claim the FRA payment, could be fined up to €4,000 (£3,357).

One of the groups that found itself at the centre of the issue was the Sicin Co-operative Society.

Sicin’s treasurer and chairman of the Irish Farmers’ Association (IFA) poultry committee, Nigel Renaghan, has now hit back at critics, saying their allegations of tax law abuse were wrong.

Mr Renaghan explained that the Sicin co-op acted as a non-profit organisation passing benefits back to the individual members.

“The co-op purchases gas [for fuel], wood shavings and litter disposal for its members, who benefit from the bulk-buying power. The co-op reclaims the VAT on these.

“The farmers are then still entitled to make use of the FRA on other, separate inputs they need individually. It is a separate issue entirely. We are not reclaiming tax twice on the same inputs,” Mr Renaghan insists.

He added that Ireland’s Revenue office had carried out a routine audit of Sicin’s finances earlier in the year and had not taken issue.

“We have been audited by Revenue and received a letter this year telling us that we are operating within the law.”

Even so, the poultry sector could face losing the FRA scheme benefit if Revenue carries out its threat to act against businesses that don’t meet the new legislation.

“It would have a devastating effect on businesses. The IFA is now seeking review of the Bill and calling for measures to be put in place that will allow businesses to make changes necessary,” Mr Renaghan said.