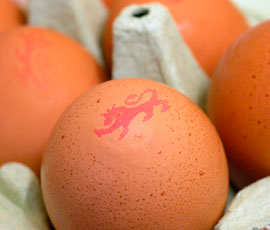 Nottinghamshire-based food manufacturer Jigsaw Foods has taken the decision to specify British Lion egg products across its entire range, to ensure the integrity of its supply.

Its pledge to commit to using British Lion follows on from the ban on conventional cages, and growing concerns regarding the use of illegal eggs from non-compliant EU countries.

Christine Moir, commercial director of Jigsaw Foods, which supplies major retailers with a range of egg-based products, said: “We are dedicated to producing the highest quality of products for our customers and that process starts with quality sourcing.

“Jigsaw Foods, and its customers, demand that the eggs and egg products they are using are compliant and produced to the highest standards of food safety. The Lion provides that assurance,” said Ian Jones, vice-chairman of the British Lion Egg Processor.

“I’m delighted that another major UK food manufacturer is now sourcing Lion egg products, and I expect more to follow,” he added.