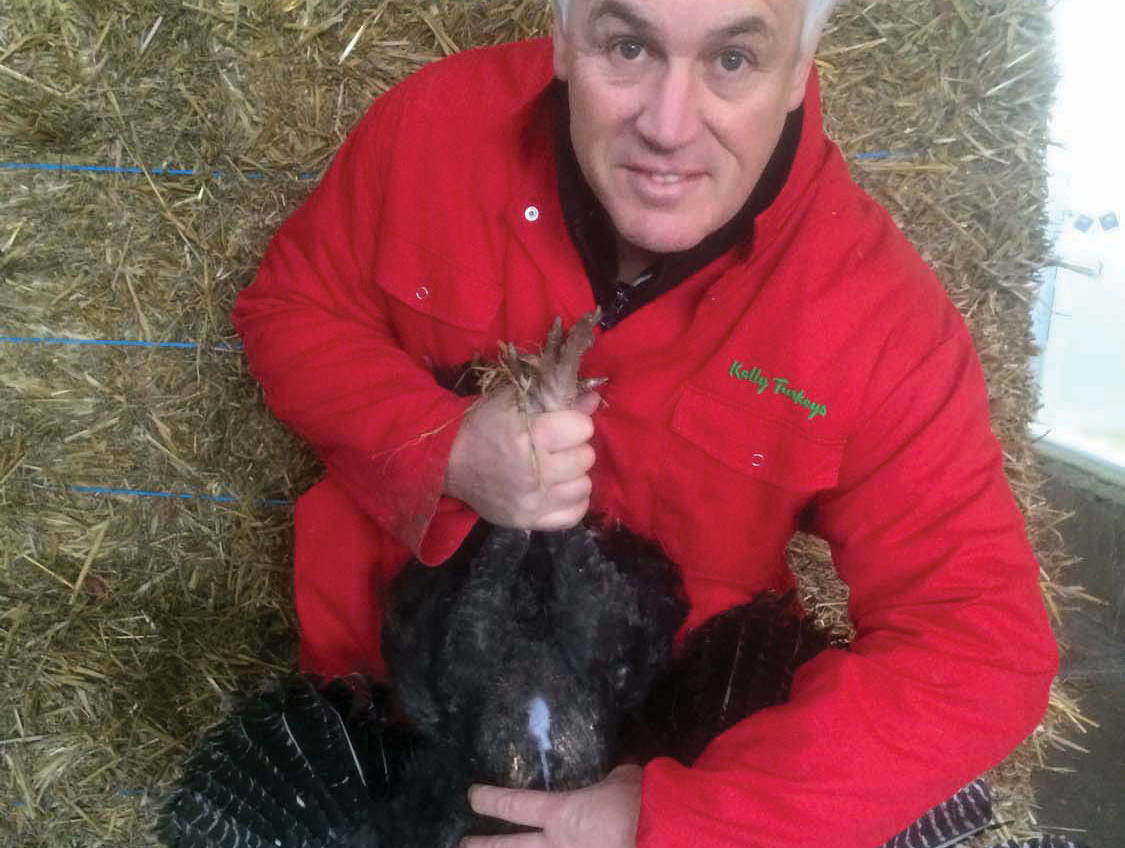 The very first ‘A Year on the Farm’ episode visited Paul Kelly’s turkey farm in and around the cherry orchards of Essex to reveal the secrets of raising Britain’s 18 million free-range turkeys.

It featured Paul, his 86-year-old father Derek and his 3 student children hard at work to ensure they manage the breeding cycle perfectly in time for the turkeys to be ready for the key Christmas market.

And it depicted the farm as a perilous machine for rearing turkeys – that could go wrong at any time.

One of the issues raised was the problem of aircraft as turkeys think that passenger jets flying overhead are falcons, resulting in panic.

Educational as well as entertaining

Responses to the programme were unanimously supportive. The Daily Mail’s television critic said the director honoured the show’s brief of educating its viewers as much as it entertained: “A Year on the Farm was a complete guide for anyone who fancies trying their luck at free-range turkey farming.”

NFU Poultry tweeted that the programme was a “great example of our passionate poultry farmers”.

Getting the next generation involved

Edward Ford, National Federation of Young Farmers Clubs Council chairman, praised Paul Kelly for portraying the industry very well and for getting the next generation involved in the business.

Rachel Bannerman, agriculture and renewable energy finance specialist at Lombards, said the programme showed that we can’t live without our farmers and that agriculture was a tough business. She also said the programme had “highlighted again the importance of European workers to ensure agri-business survival”.

Ambassadors for the poultry meat industry