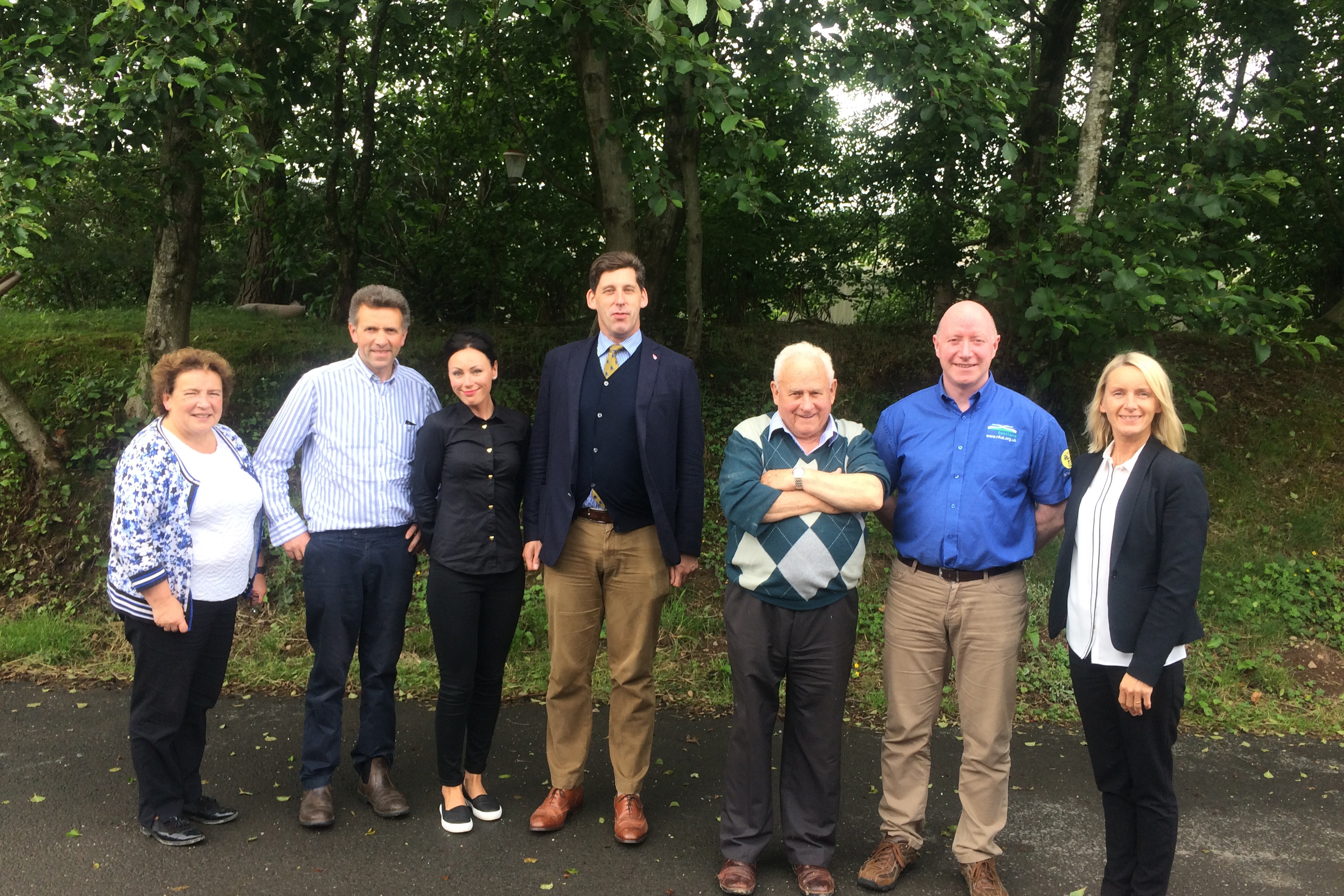 Sir John, who is chairman of Glenrath Farms in the Borders, was honoured by the Queen at an investiture ceremony at the Palace of Holyroodhouse in Edinburgh.

Speaking to Poultry World, Sir John said it was honour to be put forward for the award by his industry colleagues.

Sir John said he had last met Her Majesty 18 years ago, when she asked him whether he produced free-range eggs.

“And she asked the same question this time,” he revealed.

But the week continued in the same vein with a visit to his farm by the new UK Minister for Scotland Dr Ian Duncan.

Dr Duncan said he was keen to listen to the concerns and priorities for the egg and poultry sector in the light of the ongoing Brexit negotiations as the UK leaves the EU.

“In my new role, I am 100% in listening mode. I want to hear direct from growers, farmers and producers, what’s on their minds as the UK leaves the EU. This is an incredibly important sector in the UK and it is so vital that we get it right when we bring laws back from Brussels.

“We have huge ambitions for our farming industry, we are determined to grow more, sell more and export more great British food, like the amazing produce of Glenrath.”

He added that he wanted to ensure the farming industry was competitive, productive and profitable and that our environment is improved for future generations.

How can retailers differentiate between colony and free-range?

Sir John raised the issue of his current campaign of encouraging supermarkets to move to selling white eggs from enriched cage systems, to help differentiate between the colony and free-range systems.

It comes as the retail sector phases out eggs from caged systems in the run-up to 2025.

Sir John said he was concerned that there could be misunderstandings around selling caged eggs as free-range over the next few years and differentiating by colour was one way of overcoming the potential problem.

He cited the case 3 years ago when a widower was jailed for 2½ years for selling barn eggs as free-range by Preston Crown Court after evidence from egg inspectors from the Animal Plant Health Agency.

Sir John, who currently has 60% free-range and 40% colony birds, is in the process of adapting one of his houses to a barn system.

He said one of the supermarkets was in detailed talks on the issue, although the industry had not taken up his campaign.

“I’ve taken this to the industry but they’ve rejected this. However, I am in talks with one supermarket that is showing a lot of interest.”

A spokesman for the British Free Range Egg Producers Association (Bfrepa) said the issue had been raised at its Council.

“They took the view that it was a good idea but only if consumers bought into it,” said the spokesman.

Although white eggs are common in parts of Europe and the United States, they are relatively uncommon in leading UK supermarkets.