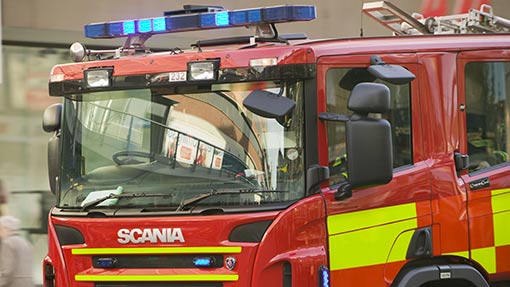 Six thousand free-range hens have perished in a farm blaze at Perkins Village, near Exeter, Devon.

On Sunday, 23 March at about 10.30am a number of fire engines attended Rosamund Turkey Farm and were confronted by the shed up in flames.

Sarah Slade, who runs the farm in partnership with husband Steven, said she had spent 15 minutes walking the hens at 9.00am, and “if something was on fire, I’d have smelled it”.

By 10am, a passer-by had alerted the farm that there was smoke emerging from the roof of the shed, and fire crews were called. The fire quickly escalated, with Devon and Somerset Fire and Rescue Service taking more than an hour to bring the blaze under control, and despite some hens being saved, the majority were lost.

Ms Slade praised fire personnel, and told Poultry World she was “absolutely devastated”. She said the birds had only been placed very recently, being 17 weeks old and at point of lay. “It all happened so quickly,” she added.

The cause of the fire has not yet been determined, but an investigation has been opened by insurers.