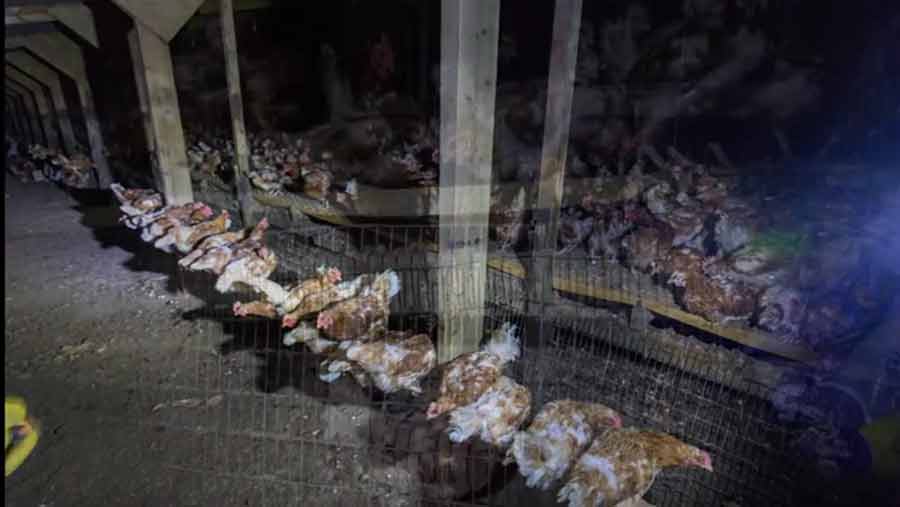 Poultry farmer and UKIP spokesman for agriculture Stuart Agnew has branded animal rights activists who broke into his free-range hen farm to take covert footage as “irresponsible” and “wilfully inconsiderate”.

He has linked the break in with a peak in mortality and an egg drop that happened around the same time.

In late 2015, activists linked with the Hillside Animal Sanctuary entered Mr Agnew’s free-range laying unit in North Norfolk at night. They filmed conditions within the shed, and sent the footage to the Mail on Sunday.

It was then passed on to the RSPCA, which launched an investigation.

The charity “immediately” sent inspectors to the farm, who found records to be in order, and poor feather cover was linked with an outbreak of enteritis.

Birds were receiving medication for the condition, with the full involvement of a vet.

The inspector found “minor” infractions – such as ammonia in one part of the shed being “slightly” above recommended limits.

But, overall, the charity felt issues identified in the footage were being properly addressed, and has not revoked the farm’s Freedom Food certification.

Despite this, the Mail on Sunday reported much of the concerns raised by the animal activists. And the coverage was shared more than 15,000 times in a matter of hours.

It quotes an unnamed activist, who described an “eye-watering stench” and said the shed was “a revolting site”.  The report also claims the eggs are supplied to Noble Foods.

Mr Agnew, who is UKIP’s spokesperson for agriculture, hit back at the allegations with a strongly-worded statement.

He said the footage had been “cleverly choreographed” by the activists, and a drop in egg production and increase in mortality around the time of the break in could be linked.

“The photos show wilfully inconsiderate individuals rousing my hens in the dead of night.

“By wading through them, frightening them with torches, handling the birds and displacing them to pose them for photographs, these irresponsible individuals caused our birds to think that they were being attacked by predators.”

Mr Agnew adds the break in happened in the midst of a “national avian influenza crisis”, and the activists had compromised biosecurity on his farm.

The RSPCA’s head of animal welfare Marc Cooper said: “Under our welfare standards producers must examine their birds daily, score the feather loss periodically and take appropriate action to help prevent the situation deteriorating if necessary.

“The producer had been undertaking all these requirements, including providing the birds with additional enrichment items.”