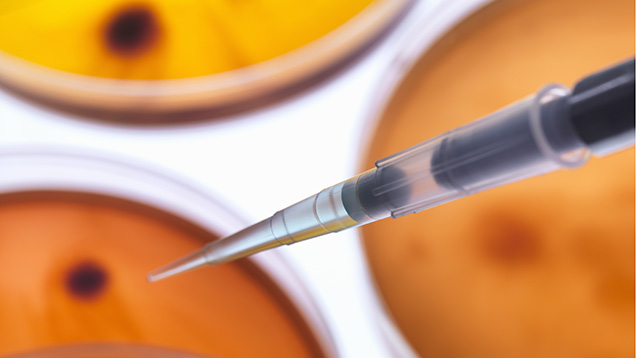 Research has isolated a type of campylobacter bacteria that may cause spotty liver disease in chickens, offering the hope that more tailored treatment for the condition may soon become available.

Vet Tim Crawshaw was able to identify a novel bacteria strain in the liver of laying hens in five separate outbreaks of spotty liver.

He subsequently was able to grow the campylobacter in-vitro, something that has proved a challenge for scientists in the past.

When this campylobacter was experimentally administered to other poultry, their livers showed similar degradation to spotty liver.

This was taken as strong evidence that the specific strains were the cause of the disease.

Mr Crawshaw was working for the Animal and Plant Health Agency while completing the research.

He said: “We are very excited to have identified a likely cause of spotty liver disease in chickens after many years of research. We believe this finding has the potential to play a key role in control of the disease in future.”

The next stage, added Mr Crawshaw, would be to confirm the bacteria causes the disease in layers in peak lay, with a view to identifying effective treatments. The ultimate outcome could be a vaccine that creates immunity against the condition.