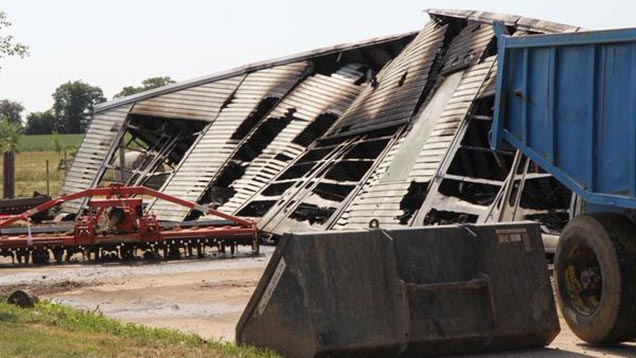 A free-range laying unit has burnt down, killing 13,000 hens, in an incident police are describing as suspicious.

Investigations are ongoing at Sparlings Farm, near Braintree, Essex, after a fire broke out at around midnight on 11 June.

The 100mx20m building was totally destroyed by the blaze.

Fire crews from across Essex attended the scene but were unable to save the hens inside.

In the early hours of the morning, the incident was reported to police as suspicious.

Assistant divisional officer Darren Fearn said: Crews did an excellent job in containing the fire and preventing it spreading but it was already too late for all the chickens inside.”

Det Insp Alan Stevens told the BBC: “There is nothing that would lead us to believe that it was a natural fire and some of the tenants on the farm here say they heard some vehicles just before midnight and then heard an explosion. This leads me to suspect it was suspicious.”

The police have asked anyone with information to contact Essex Police on 101.