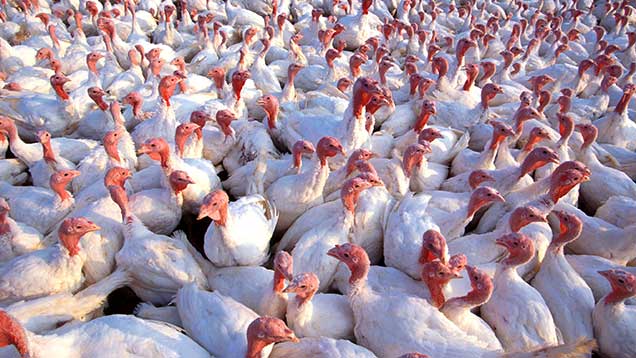 High pathogenic avian influenza (HPAI) continues to sweep across the US, with new cases being reported on an almost daily basis.

The turkey sector has been especially hard hit, though on Monday (20 April) the Animal and Plant Health Inspection Service (APHIS) confirmed that a flock of 3.8 million layers had succumbed to H5N2 in Osceola County, Iowa.

That flock represents almost 10% of the layers in Iowa – the largest egg producing state in the US – and the flock is being depleted to prevent further spread. “The outbreak may not have a direct effect on shell egg pricing,” Randy Olson of the Iowa Poultry Association told the Sioux City Journal. “But any time you take production out of a market place, there’s likely to be some consequence.”

This case of H5N2 is certainly the largest single outbreak. But since the start of the year some 13 US states have confirmed cases.  Minnesota is the worst-affected state, with 31 separate outbreaks in turkey flocks ranging from 20,000 birds to 160,000 birds.

Of the 58 cases reported by the Animal and Plant Health Inspection Service (APHIS), 44 have been on specialist turkey units.

The US has “the strongest AI surveillance program in the world”, according to the Animal and Plant Health Inspection Service (APHIS). Federal and State partners take five basic steps to control the disease:

5) Test – confirming that the poultry farm is AI virus-free

The National Turkey Federation has tried to play down the situation, pointing out that less than 1% of the US’s turkey population has been affected. “The annual production of more than 240 million turkeys occurs in more than 25 states across the country, and this ensures consumers will be able to find all the turkey products they currently enjoy,” said vice-president for communications, Keith Williams.

While 12% of US production was exported, most trading partners had respected World Organisation for Animal Health rules and limited restrictions to individual counties or states where HPAI had been reported.

Mr Williams added that it was “too early to determine the full impact” on producer and retail prices, while “government indemnities cover a significant proportion of the loss”.

But the US Department of Agriculture has significantly reduced its forecasts for total poultrymeat exports in 2015 as a result of the avian influenza situation, together with weak economic growth in a number of key markets and the strong dollar.

The US authorities have been stepping up efforts for trade partners to relax restrictions, especially Mexico, the country’s main export market, which so far has banned imports from whole states affected by HPAI rather than just individual counties.