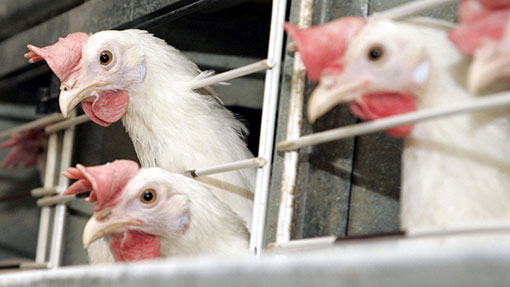 Italy has been found guilty of flouting the EU ban on battery cages for laying hens, but has been let off paying a fine and only ordered to meet the legal costs of the case.

Both Italy and Greece were taken to the European Court of Justice by the EU Commission in August 2013, for failing to properly implement the Welfare of Laying Hens Directive.

Following a lengthy court procedure, Italy has now been found guilty, despite the Italian government’s claim that it did not have enough time to ensure all farms were compliant.

But the ECJ has only ruled that the Italian government should pay legal costs, and the commission did not ask for any further financial penalties to be levied against them.

NFU Scotland described the decision as a “slap in the face” for producers in the UK who spent many millions of pounds ripping out conventional cages and replacing them with new enriched colony systems.

“In the union’s view, that level of fine will do nothing to drive compliance with existing or future welfare rules across the EU,” said a statement.

In a double blow, NFU Scotland also explained that the EU has no plans to carry out any further inspections to see if Italy and Greece are now compliant with the cage ban.

NFU Scotland’s animal welfare policy manager Penny Johnston said: “These lamentable efforts in delivering and enforcing animal welfare legislation sends out a message to member states that failure to comply with current or future rules will only result in a slap-on-the-wrist.”

The case against Greece is still ongoing, but the same outcome is expected.