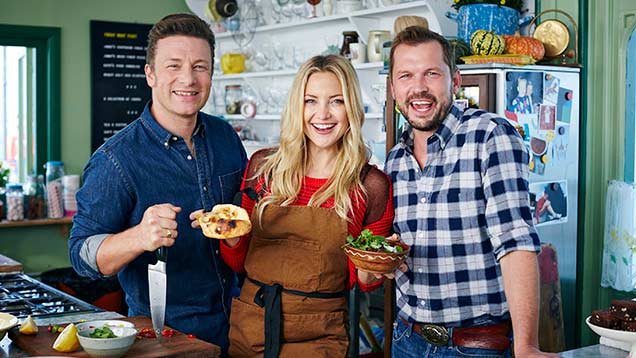 TV chef Jamie Oliver and celebrity farmer Jimmy Doherty are targeting pullet eggs in their latest campaign to stamp out waste in the food chain.

In the upcoming episode of their Friday Night Feast (Channel 4, Friday, 9 January) they visit The Mac’s Farm in Ditchling, East Sussex, to find out more about the production and use of so-called “mini-eggs”.

According to the programme, up to a billion of these eggs are “knocked back” each year by UK supermarkets for being too small, because most consumers only want medium and large eggs.

“It’s unthinkable that every day in the UK more than 1.5 million small eggs are thrown on the scrapheap or sold for peanuts to be turned into liquid egg,” says Jimmy Doherty in the programme.

Jamie Oliver adds that, while they are little, pullet eggs are the tastiest you can get. “The great British public are missing out on a premium, seasonal product and worse, farmer’s livelihoods are on the line.

“We want to kick start a mini-egg revolution. The supermarkets may not want them, but I reckon farmers could find a market for their huge volume of pullet eggs by selling them to restaurants and pubs.”

But egg packers and processors have denied that pullet eggs are in any way a waste product – even though they are only worth about half as much as full-sized eggs.

“There is significant demand from the egg processing industry for small eggs for boiling, which are then used to produce products such as Scotch eggs,” said a spokesman for the British Egg Industry Council. “The demand is such that small eggs are often in short supply and we may even need to import them.”

Tom Willings, farms director at Noble Foods added that the emphasis of breeding companies had been on increasing egg weight earlier on in the bird’s life, such that the supply of small eggs was getting ever tighter. “Not long ago, we had double the number of smalls available. That declines with every generation.”

While smalls were typically worth about 50p/doz, they only accounted for about 5% of production from 24 weeks of age, he explained.

Developing a retail outlet for them as shell eggs would be difficult, as the supply was so variable. Any move in this direction would have to be driven by demand.

“But let’s see what happens,” said Mr Willings. “There is nobody more influential on people’s eating habits that Jamie Oliver. Any pressure that increases consumption of table eggs is a good thing. And no one would be more supportive than us if there was a chance to increase the value of eggs.”

Susie Macmillan, who features in the programme, says she believes there is a potential retail market for pullet eggs, which have big yolks, less white and hold together well when cooked. “What frustrates me is when our high value organic eggs just get mixed in with battery eggs for processing,” she told Poultry World.

*Jamie and Jimmy’s Friday Night Feast will be aired on Channel 4 tonight (Friday 9 January) at 8pm.