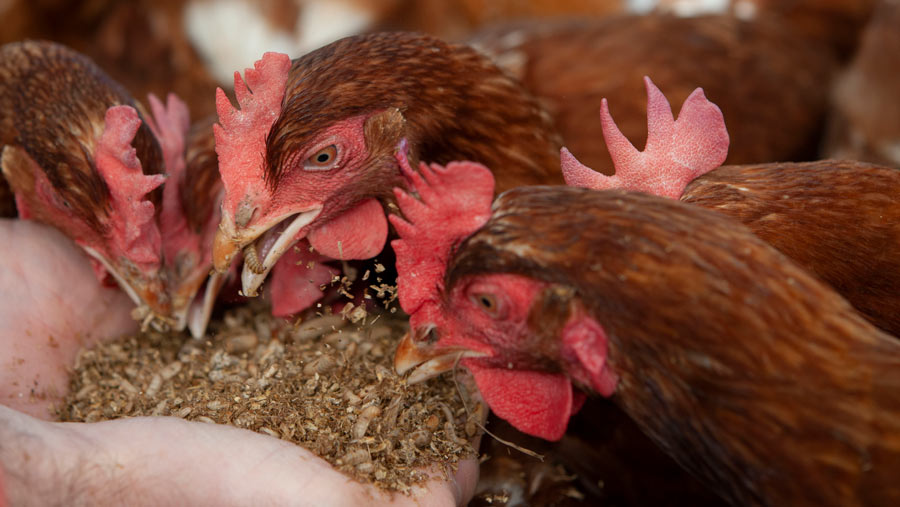 Containerised insect “mini farms” are to be placed on 10 free-range egg farms in the coming months, providing each flock with insect protein as a partial replacement for soya in the diet.

The initiative is a collaboration between supermarket group Morrisons and Cambridge-based start-up Better Origin – whose bioconversion system involves feeding food waste to freshly hatched larvae, which then grow on and are fed to the hens.

The larvae are kept in X1 containerised units, each one of which will receive around 3t of food waste a week from Morrisons’ fruit and vegetable site in Yorkshire. This will be converted into 5t of insect protein over the course of a year.

The larvae are collected in trays each day, just before they pupate, and fed by hand to the hens.

Each unit is designed to help feed a flock of 32,000 hens, although the birds will also receive a supplementary diet of British beans, peas and sunflower seeds to provide additional protein. 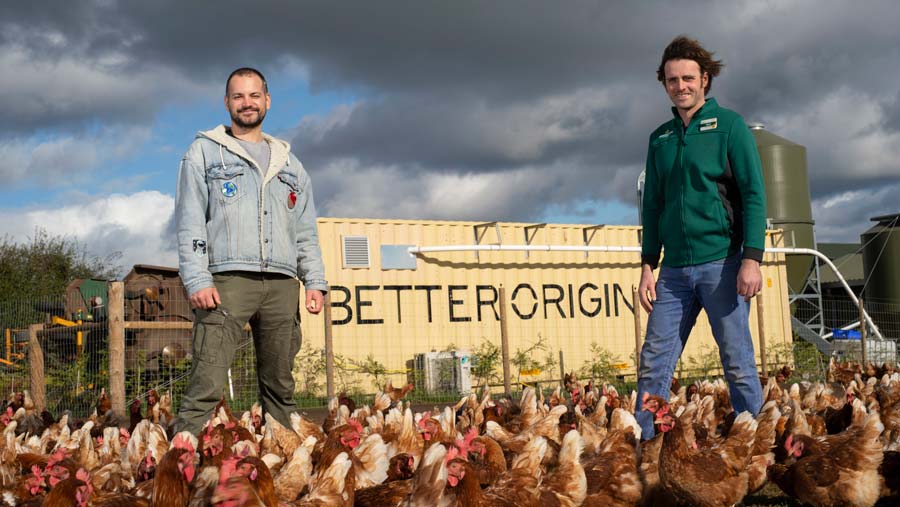 Dominic Dekleva of Better Origins, left, with Morrisons egg producer Matt Blaken and one of the insect mini farms near York © PinPep_Morrisons

Insects are a natural part of birds’ diets being rich in essential amino acids and healthy fats.

The development is part of Morrisons‘ effort to become the first supermarket to launch its own-brand carbon-neutral eggs in 2022.

Soya currently accounts for 10-20% of hens’ normal diets, and up to 70% of the emissions from the UK’s supply chain is attributed to feed, of which soya is a major contributor.

Reducing soya and feeding insects reared on food waste on these 10 eggs farms is calculated to reduce carbon dioxide emissions by 5,737t a year, which Morrisons says is the equivalent of 56ha of rainforest being cut down to make way for soya production.

Sophie Throup, head of agriculture at Morrisons, said: “Reducing soya from livestock feed is one of the key challenges for farms needing to lower their carbon footprint and we wanted to help find a solution.

“An insect diet could suit our hens better – they seem to enjoy it  – and the nutritional and added health benefits are notable. We’re also finding a good home for our fruit and veg waste.”

Fotis Fotiadis, CEO and founder of Better Origin, said his vision was to scale up the initial rollout of X1 insect farms to all Morrisons’ egg farms, which would reduce 40,180t of carbon dioxide a year.

Currently there are four trial containers on other farms in England and Wales already.