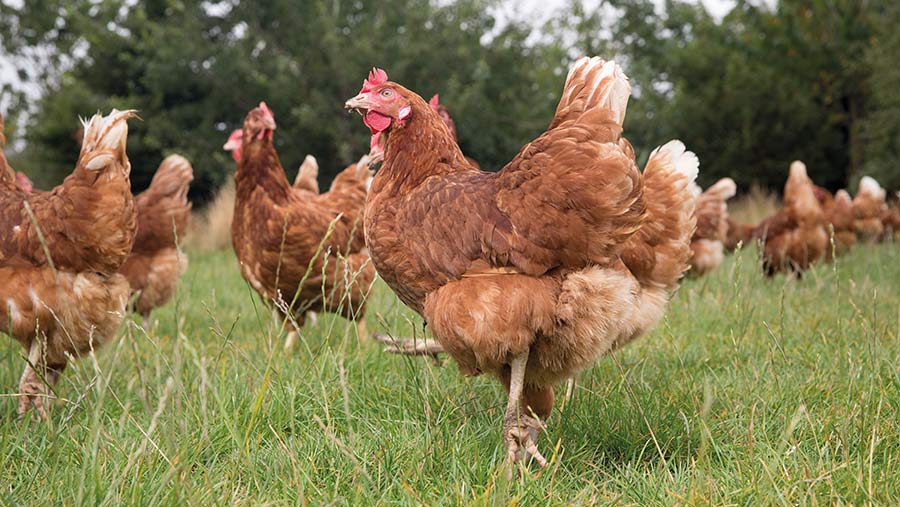 Free-range poultry, which have been compulsorily housed since late November to protect them from avian influenza, will be allowed outside again from next Monday (2 May), the government has confirmed.

A statement from the UK’s chief veterinary officers said that, “thanks to the hard work of all birdkeepers and vets, who have played their part in keeping flocks safe this winter”, it is now possible to relax this particular measure.

See also: Find all our poultry content in one place

However, with avian influenza still in circulation in the UK, the Avian Influenza Prevention Zone remains in force, meaning all poultrykeepers will have to maintain enhanced biosecurity.

“While the lifting of the mandatory housing measures will be welcome news to birdkeepers, scrupulous biosecurity remains the most critical form of defence to help keep your birds safe,” said a joint statement from the four chief vets.

“Those who intend to allow their birds outside are advised to use the upcoming days to prepare their outside areas for the release of their birds,” said the vets’ statement.

“This will include cleansing and disinfection of hard surfaces, fencing off ponds or standing water, and reintroduction of wild bird deterrents.”

The most recent case of highly pathogenic H5N1 avian influenza was confirmed on 22 April 2022 in poultry at a premises near Ilkeston, Derbyshire.

In total, there have been more than 100 cases across the UK in what is the country’s worst ever outbreak of the disease.

Laying birds have been kept indoors since 29 November and, on 21 March, the 16-week period of restriction was passed, after which their eggs lost their free-range status and have had to be marketed as “barn eggs”.

Enhanced biosecurity measures for all birdkeepers

Birdkeepers should report any suspicion of avian influenza.