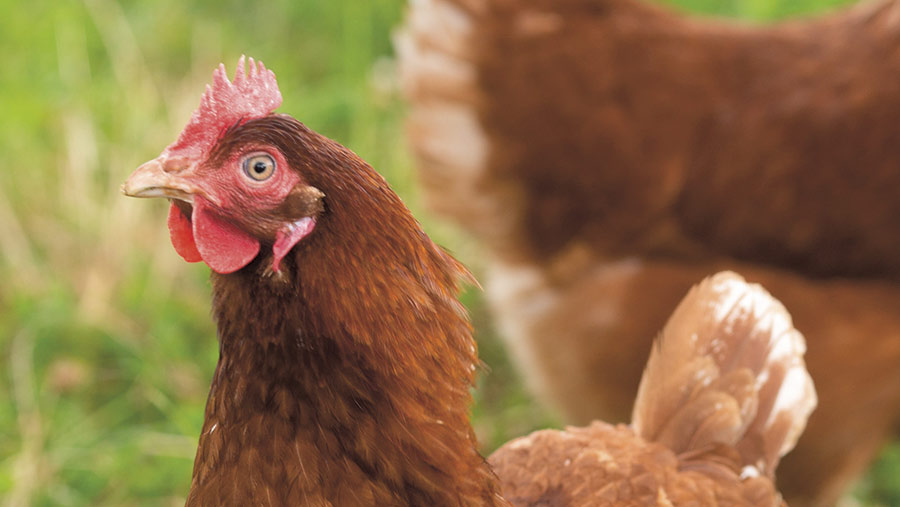 Sprouted seeds in feed given to laying hens could boost financial returns for farmers and free up land for food production, a new study has found.

The trial began last December and tested 50 hens, which were fed a mix of sprouted seeds with their usual rations and compared with a similar number in the control group.

Performance was looked at over a number of months, with the birds monitored for weight gain, number of eggs laid, egg weight and the weight of the eggs yolk and albumen.

The results found that feeding laying hens a diet of half sprouted barley grain and half commercial feed showed a significant increase in the total egg, yolk and albumen weight. There was also a rise in the number of eggs laid compared to a diet of only sprouted grain or only commercial feed.

A second phase focused on changing the diet proportions to see if there was an optimum ratio in the ration. It found that when fed 50% sprouted seeds the hens needed 25% less food in total, after adjusting for water content. This was without any impact on the number of eggs laid, their quality or the welfare of the hens.

The trial, carried out on behalf of Innovative Farmers, took place due to recent claims that the sprouting activates nutrients making them easier for the hens to absorb. This is thought to make the feed more nutritious, lowering costs and reducing the space needed to grow feed crops.

Richard Kempsey, technical director at Stonegate, said he was encouraged by the results: “If we can replicate the reduction in feed costs, at scale, whilst maintaining production and welfare standards, it would be of significant benefit to the sector,” he said.