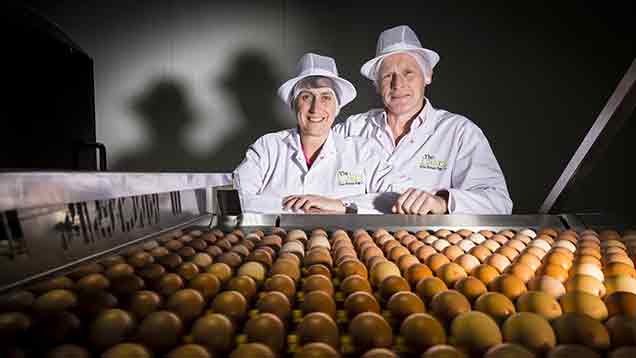 It follows the business, ran by David and Helen Brass and based in Cumbria, winning Farmers Weekly’s Poultry Farmer of the Year gong in October.

The awards, handed out at the producer association’s AGM and conference, seek to highlight those that have positively affected the free-range egg sector during the past 12 months.

Sainsbury’s was crowned retailer of the year for a range of “impressive” initiatives, including its 20:20 drive for sustainability and an egg development group for farmers. Judges also noted the supermarket’s efforts in promoting free-range.

It was the first awards presided over by incoming chairman Myles Thomas. He said: “Customers who choose free-range do it because they believe in the way we produce eggs, so it’s our job to ensure that we recognise excellence within our industry, as they are the ones who will keep driving free-range forward.”

In the producer categories, James and Margaret Baxter, who farm 48,000 layers at Glenhead Farm, Scotland, were honoured, as well as Anthony and Lorna Gaden of Willow Farm, near Stratford upon Avon.

Longhand Isotopes, the company behind testing that can determine the provenance of eggs, was also recognised.

BFREPA chose egg industry stalwart Terry Ellener for its lifetime achievement category. Judges highlighted his path from schoolboy farmworker to sales director at Hy-line in a career dedicated to poultry.

They also praised his work to support free-range producers over the past 30 years and the influence he had on how laying flocks are managed in systems to this day.