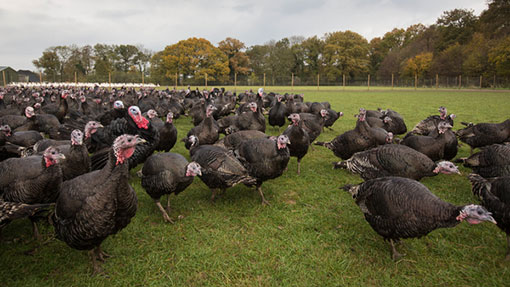 Bernard Matthews is to close its Lincs Turkeys processing site at Grainthorpe, Lincolnshire, citing a “significant reduction” in orders for Christmas 2014.

In a statement, the company said that birds would instead be sent for processing in Bernard Matthews’ Norfolk and Suffolk sites. The farming operation, a mixture of contract and owned farms, would be placing the same number of birds this year, a spokesman confirmed.

Bernard Matthews bought Lincs Turkeys in 2010, at the time adding about one million birds a year to the company total, but the business continued to operate as a separate entity. The closure of the Grainthorpe site marks a move to a more integrated operation.

Lincs Turkeys featured in a Christmas advert for Waitrose in 2013, and managing director Jonathan Martin, told the Grimsby Telegraph at the time that it expected growth over the season.

A spokesperson for Bernard Matthews said the closure would result in the redundancy of around 80 staff, but workers would be offered the opportunity to relocate to another site.

“The decision to make this proposal was not taken lightly, but due to a significant reduction in Christmas orders for Lincs Turkeys in 2014 the site will no longer be economically viable, and processing requirements will be integrated into to the Norfolk and Suffolk sites and the factory in Grainthorpe will be closed.

“The business remains firmly committed to the Lincs Turkey business and its farming operation will remain unchanged,” he added.