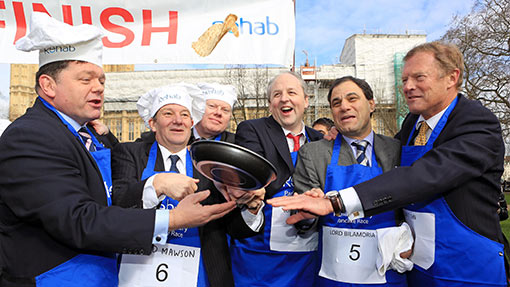 Members of both houses of parliament and Westminster journalists took part in the annual Rehab Parliamentary Pancake Race on Shrove Tuesday, with victory going to a team of “their Lordships”.

Now in its 17th year, the event is run by the Rehab Group, a UK charity that provides life-changing care, rehabilitation and training services to more than 60,000 people with disabilities, brain injuries and mental health problems each year.

The three teams raced and flipped their way around Victoria Tower Gardens, Westminster, with the House of Lords team crossing the line first in 3 minutes 56 seconds, to pick up the Magnificent Tin Cup.

Speaking after the event, Lord Redesdale attributed his team’s success to “a very strict training regime, with a special pancake diet and lots of lemon drinks”.

“I want to pay tribute to the MPs and to the media teams for their valiant efforts in putting up a superb contest, and while there were moments when we thought the title was flipping from us, our true grit and determination – and not unimpressive pancake-tossing dexterity – saw us through.

“Of course, the whole point of these high jinks is to raise awareness of the needs of people with a range of disabilities who are supported by Rehab, and to show that we care and are there to support them.”

Other members of the Lords team were: Lord St John of Bletso, Lord Addington, Lord Bilimoria, Lord Mawson and Lord Kennedy of Southwark.

Newscaster and race starter Nina Hossain congratulated the winners, but called for the introduction of video technology next year, to clear up any double-dealing and “off-the-pancake incidents”.

Interested in the egg and poultry industry? Then why not subscribe to Poultry World at our special discounted rates? 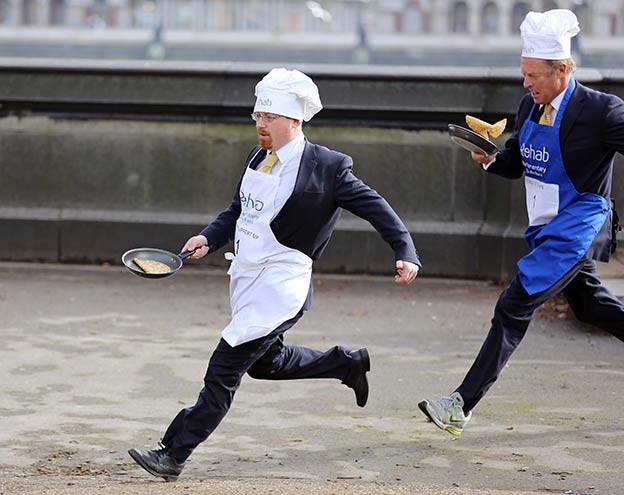 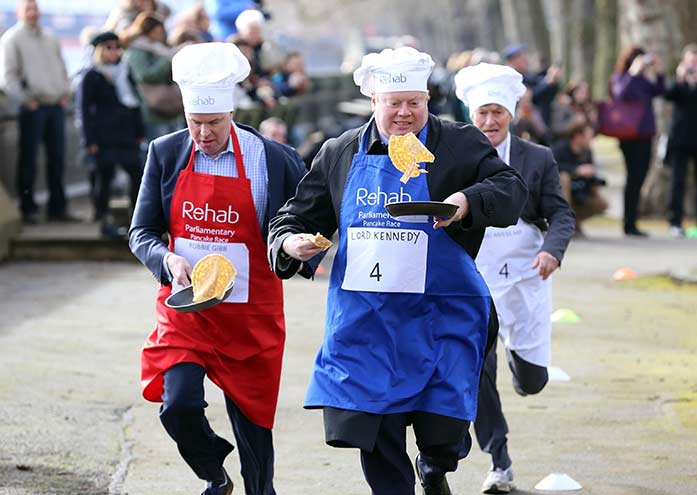 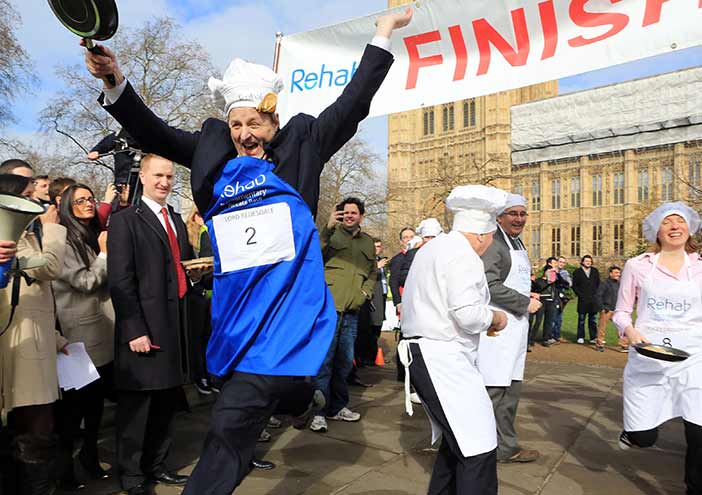