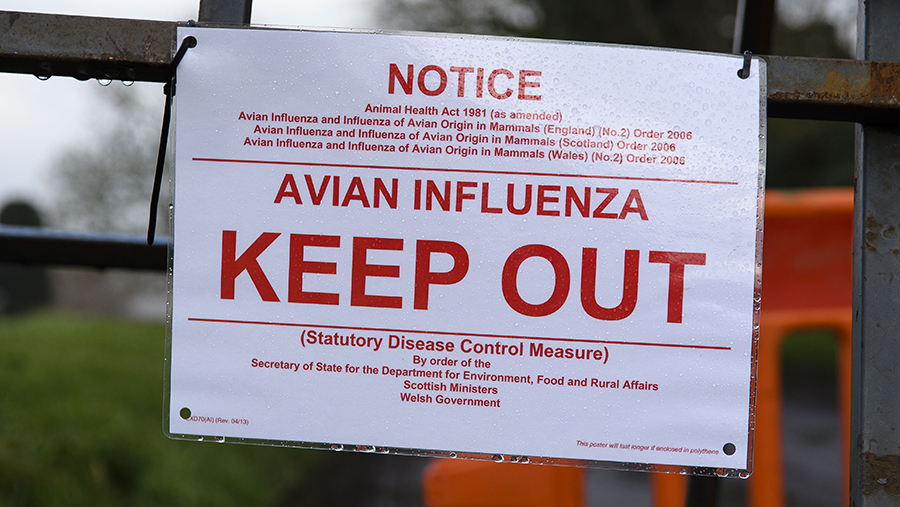 Commercial poultry keepers and farmers with small flocks of chickens have been urged to step up their watchfulness and biosecurity following an outbreak of low pathogenic avian influenza in Suffolk.

Defra confirmed the outbreak of the H5 strain on Tuesday evening (10 December) and immediately implemented a 1km restriction zone around the premises near Athelington, in the north of the county.

A detailed investigation is under way to try to identify the source of the outbreak, and the 27,000 birds – believed to be on a broiler breeder unit supplying fertile eggs for a hatchery – will be culled as quickly as possible.

Key signs to look out for

Defra chief vet Christine Middlemiss said that her ground staff were urgently looking for any evidence of disease spread in order to control and eliminate it, emphasising that the risk to human health was minimal.

“Bird keepers should remain alert for any signs of disease, report suspected disease immediately and ensure they are maintaining good biosecurity on their premises,” she said. 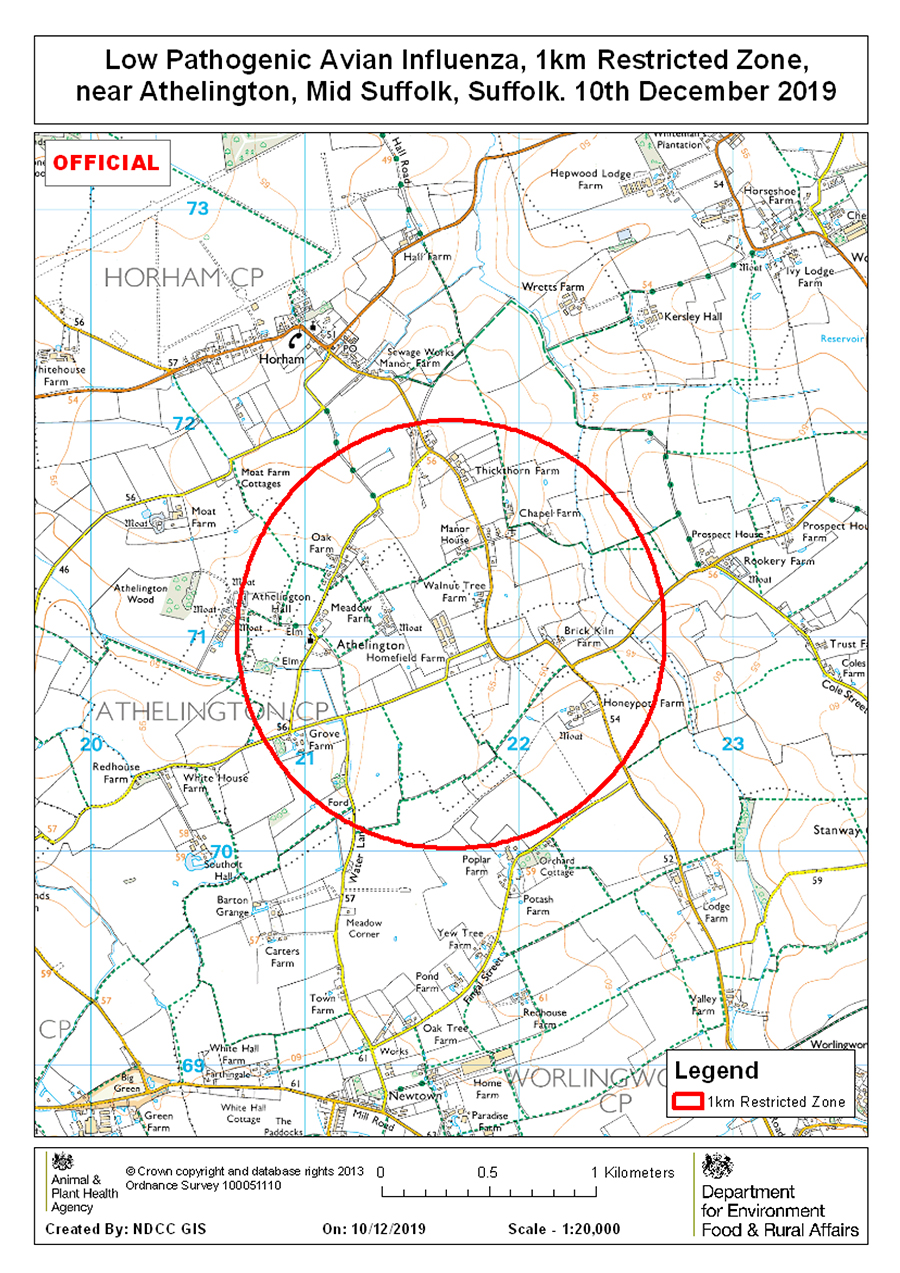 The 1km restriction zone means the movement of birds, eggs and items such as carcasses and manure on or off any premises where poultry is present, and out of the zone, is banned except under licence.

No gatherings of poultry or release of game birds are allowed in the zone.

This is the first case of avian influenza in the UK since June 2017, when highly pathogenic H5N8 was found in a flock of 35 birds near Diss in Norfolk.

The last case in a commercial flock was in February 2017. In those cases, a 3km protection zone and a 10km surveillance zone were put in place, as the strain of disease was highly pathogenic.

It is believed there are no other commercial poultry units within the 1km restriction zone, but just backyard flocks.

The UK has been officially avian influenza-free since September 2017.

Minimise movement in and out of bird enclosures

Disinfect footwear before and after visiting birds

Regularly disinfect hard surfaces such as paths and walkways

Avoid keeping ducks and geese with other poultry species

Keep a close watch on birds for any signs of disease