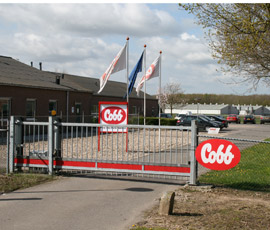 Cobb-Vantress has announced a multi-million pound investment in its Herveld pedigree farm in the Netherlands over the next 12 months.

Formerly part of Hendrix Genetics, the Herveld farm was acquired by Cobb as part of its 2008 purchase of the Hybro breed.

Work will begin early November to construct 13 new houses which are expected to be completed within 12 months. Following this, refurbishment of the existing buildings will begin. The expansion is expected to create 35 additional jobs at the farm.

The new houses will be able to control temperature both by using ground source heat for warmth in the winter and deep water from a nearby lake to cool incoming air in the summer. This is believed to be the first combined system of this type in the Dutch poultry industry.

Roy Mutimer, general manager of Cobb Europe, welcomed the investment, saying: “This expansion of our research capacity complements the investment in our facilities for producing grandparent stock to meet growing demand from our franchise distributors across Europe, the Middle East and Africa.”

The investment is part of ongoing expansion at Cobb; last year Herveld farm’s hatchery was upgraded, increasing capacity and becoming the company’s first pedigree single-stage hatchery. Cobb also recently opened its fifth US research complex at a cost of £13.6m.