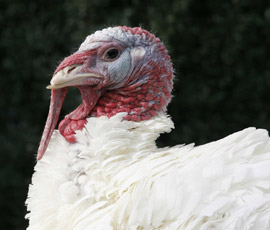 Reports that Bernard Matthews is exploring the sale of a stake in the business have appeared at the same time as a spate of senior management figures have left the firm.

The turkey giant confirmed it was looking to sell a stake, and that financial services company PwC had been appointed to handle negotiations, hoping to “accelerate the company’s existing growth strategy and infrastructure investments”. Last year, it posted profits before tax of just £2m against sales of £341m.

The news comes alongside a number of senior management departures. Chairman David McCall left the business on 20 May, and Rob Mears, UK managing director, left in April.

Noel Bartram, group chief executive, also stepped down in late May citing health concerns. Although he will remain involved in the firm, the day-to-day running will be undertaken by David Joll, who led the business from 1987-2005.

A spokesperson said: “Bernard Matthews has weathered the difficult retail environment in a sound position and has the full support of its shareholders and financial advisers. The existing banking facilities will remain unchanged and are in place until December 2015.”