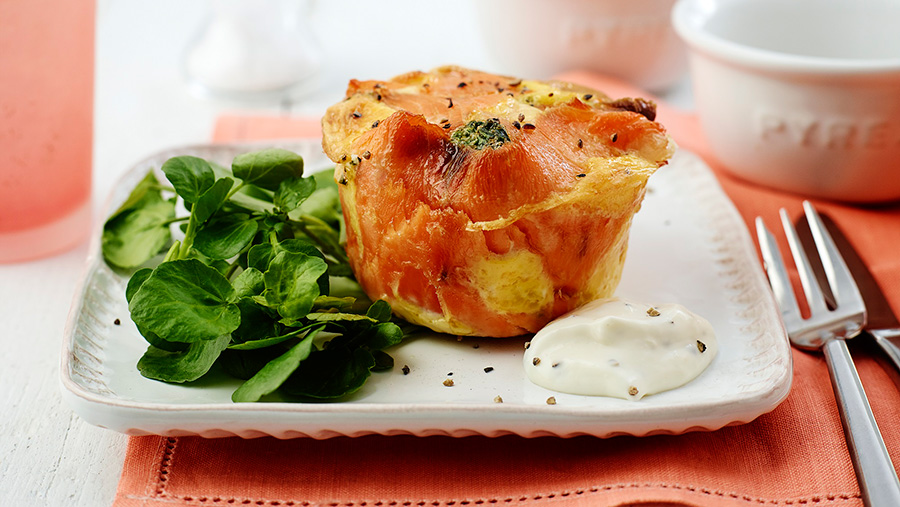 Smoked salmon egg pots, spinach and egg roulade are one of the recipes in the British Egg Industry Council's new booklet.

The recipes included are aimed at the cooking enthusiast, with smoked salmon egg pots and spinach and egg roulade featuring.

Also offered is a take on the Japanese dish chahan and a roast cauliflower and purple sprouting broccoli frittata.

This year’s BEIC marketing push has continued with campaigns highlighting that consumers can “make a meal in minutes” with eggs.

But it also taps into the trend for “instafood”; posting pictures of healthy, photogenic recipes on social networking site Instagram.

Andrew Jorêt, BEIC chairman, said: “The popularity of eggs continues to grow, with the #EggCentric campaign helping new audiences to wake up to their benefits.

“The latest phase of the campaign is helping to offer consumers new egg recipe inspiration, encouraging them to cook with eggs in the home by offering a range of interesting, quick and easy to follow meals.”