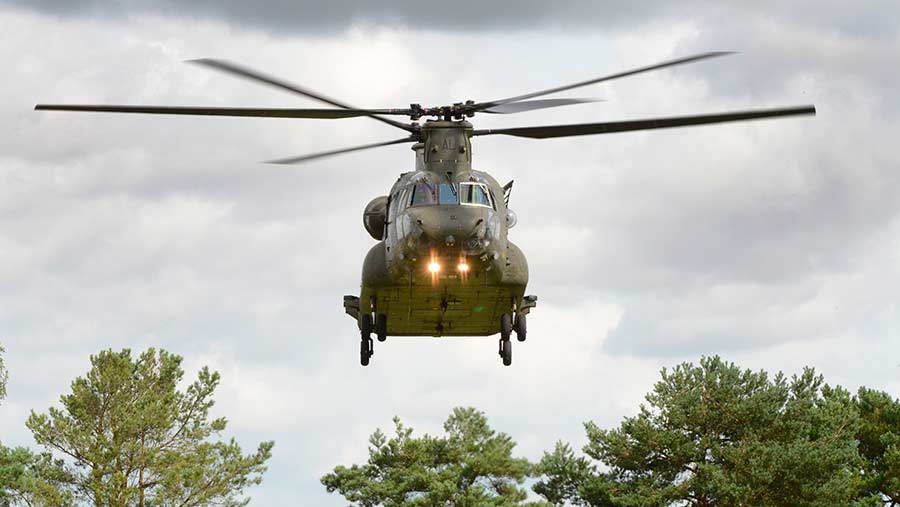 The MoD has taken the unusual step of objecting to a proposed 200,000-bird poultry farm near Shrewsbury.

The ministry argued that noise from its nearby Nesscliffe Training Area (NTA) and Montford Bridge Airfield (MBA) could adversely affect the birds.

See also: How to set up a broiler unit

In its letter to Shropshire Council’s central planning committee, the MoD said all animals, including farmed poultry, must be looked after in ways that met their welfare needs.

“The impact of the training activities undertaken at Nesscliffe and Montford Bridge do not appear to have been taken into consideration by the applicant; this is inappropriate.

“By virtue of the nature of helicopter training activity undertaken at NTA and MBA, the proposed development could face severe down-draught problems.”

The letter warned if the council agreed to the planning application, the MoD would bear no responsibility for any complaints or claims from the applicant – CEB Draper and Sons.

“We will refer the complainants to Shropshire Council,” it added.

Last year, Mark Williams, chief executive of the British Egg Industry Council, said it was important producers alerted the MoD of any poultry operations. “Birds can be scared by low-flying aircraft, hot air balloons and other sudden noises, so we would encourage all of our members to make local MoD sites aware that they are nearby.”

The plans, which attracted no objections from the parish council, were due to be discussed in late May