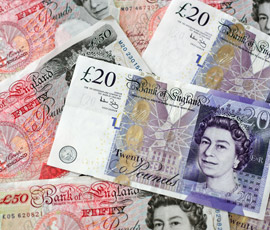 Fresh poultry sales by poultry integrator Moy Park were up almost 20% in the second quarter of 2013, driven by underlying market growth and the securing of new clients, according to results posted by its Brazilian parent company Marfrig Group.

Marfrig’s report also notes that “key retailers” in the UK market wanted more locally-sourced produce in the wake of the horsemeat scandal, in which Tesco was heavily implicated. The retailer subsequently committed to stocking 100% fresh British poultrymeat in its stores from July.

It is also understood that Moy Park is a major supplier to Tesco’s Irish stores.

Earlier this year Moy Park became Moy Park Europe, as it took charge of Marfrig Group’s European operations – which meant handling beef and pork, as well as poultry, for the first time.

Marfrig Group as a whole reported 9.4% sales growth to 4.45bn Real (£1.25bn) in the second quarter of the year, driven by its Brazilian beef business, as well as European poultry activities. It also highlights the boost to beef sales in the Far East, in response to the avian influenza outbreak in Asia this year.